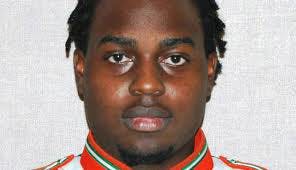 Florida A & M University (FAMU), stepping up its efforts to end hazing among its 13,000-student population, plans this spring to impose one of the most ambitious college anti-hazing policies in the nation.

Hazing is a crime in Florida, despite being widespread at colleges in that state and others.

In the written pledge, students will “attest” they will not participate in any form of hazing, a university statement said.

In recent years, some institutions, including FAMU, have required some type of student anti-hazing pledge as part of registration to participate in specific student activities.

FAMU’s decision to make signing the pledge a prerequisite to being able to register for school boosts its efforts significantly to check hazers at the door by imposing a policy that covers its entire student body in the hope that all are clear on the rules of the institution and the law.

The FAMU pledge idea emerged more than a year ago from FAMU student government leaders who envisioned focusing it on campus organizations and clubs. It was embraced and expanded by university officials, including Student Affairs Vice President Dr. William E. Hudson Jr. and general counsel Avery D. McKnight.

“Everyone on campus needs to be unified in the fight against hazing,” said interim FAMU president Larry Robinson, in a statement issued with the announcement of the university’s latest move against hazing. “We will continue to enact change, positively empower our students and provide resources going forward to ensure that we provide a safer and healthier environment for learning,” Robinson was quoted in the statement as saying.

Requiring a student to sign an anti-hazing pledge as a prerequisite to enrollment is the latest step by FAMU to demonstrate it is serious about stopping hazing among its students.

Last week, as university administrators were about to launch a campus-wide forum explaining new rules governing member intake for campus clubs and organizations, the university announced the suspension of a women’s dance team for its alleged  involvement in an alleged  Labor Day weekend hazing incident. The new rules add more detail and clarity to the university’s codes of conduct with a focus on hazing.

The dance group incident, which university officials said this weekend was still under investigation, came only days after the university had just lifted a ban on new member intake by some 150 campus groups. The ban was imposed early last spring as university officials scrambled to get the undivided attention of its larger community and assert its seriousness about ending hazing.

Hazing has long been an issue at FAMU and on college campuses around the nation. It moved front-and-center last fall at FAMU after a university band drum major died of physical injuries inflicted by some fellow band members during a band section hazing exercise.

More than 30 FAMU students, including 13 involved in the drum major incident, have been charged by Florida authorities, some on misdemeanor charges and others on felony counts. They are awaiting trial.

“We are confident that the anti-hazing efforts at FAMU will be successful and will serve as a model for other colleges, universities and other entities within our society plagued with this unfortunate issue,” said Solomon L. Badger III, chairman of the FAMU board of trustees.

FAMU also said it was launching a new website—StopHazingatfamu.com—“to further educate” students, faculty, alumni and others about the dangers of hazing. The university said it hoped the new online site would “foster an online community and encourage collaborators to help end hazing at the university.”

The university is also expected to announce this week that it plans to hold an anti-hazing town hall meeting later this month at which experts from around the country will gather on FAMU’s campus for a panel discussion on the issue.

The panel is expected to include several national resources on hazing prevention, including Dr. Elizabeth Allan, a professor at the University of Maine and a co-director of the National Collaborative for Hazing Research and Prevention. Allan was recruited earlier this year by former FAMU President Dr. James Ammons to serve on an independent national panel to provide the university guidance on how to deal effectively with hazing issues.

The new wave of FAMU hazing prevention efforts comes as anti-hazing and hazing prevention groups around the country prepare a series of activities planned around the nation for National Hazing Prevention Week, set for Sept. 20-24. The week, sponsored by HazingPrevention.org, is one of the ideas rooted in a November, 2010, National Agenda for Hazing Prevention in Education, a strategy plan put forth by the National Collaborative based on its research and a National Hazing Symposium staged by the collaborative and HazingPrevention.org.

One of the HazingPrevention.org events leading to the hazing prevention week activities is a scheduled Sept. 13 webinar focusing on hazing in predominantly African-American organizations.

Florida law defines hazing as … “any action or situation that recklessly or intentionally endangers the mental or physical health or safety of a student for purposes including, but not limited to, initiation or admission into or affiliation with any organization operating under the sanction of a postsecondary institution … . “… hazing” includes, but is not limited to, pressuring or coercing the student into violating state or federal law, any brutality of a physical nature, such as whipping, beating, branding, exposure to the elements, forced consumption of any food, liquor, drug, or other substance, or other forced physical activity that could adversely affect the physical health or safety of the student,” the Florida state says, “and also includes any activity that would subject the student to extreme mental stress, such as sleep deprivation, forced exclusion from social contact, forced conduct that could result in extreme embarrassment, or other forced activity that could adversely affect the mental health or dignity of the student.”

“Hazing does not include customary athletic events or other similar contests or competitions or any activity or conduct that furthers a legal and legitimate objective,” the statue says.