In Defense of ‘Exploitation Games’ 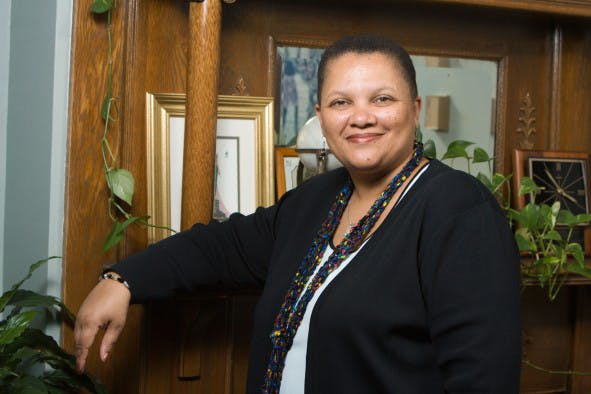 I would prefer to see Savannah State University in the national headlines for its renowned marine sciences program — the only one in Georgia located on a natural estuarine saltwater marsh with the Atlantic Ocean as a laboratory; or its cutting-edge homeland security and emergency management program — the first undergraduate program of its kind in Georgia — which prepares responders for natural and man-made disasters. Moreover, the university’s decision to schedule Football Bowl Subdivision (FBS) opponents Oklahoma State and Florida State Universities was done, not only for visibility to the athletic program. However, Savannah State University is seeking to gain recognition on a national stage for its viable and cutting-edge academic and service programs.

Division I intercollegiate athletics are a big–money enterprise. It is a necessity for many Football Championship Subdivision (FCS) teams to play FBS teams at the beginning of a season, in exchange for an infusion of monetary resources that enhance, sustain and develop football programs such as Savannah State’s.

The Oklahoma State and Florida State games generated an $860,000 payout for Savannah State University athletics — that sum would not cover two months salaries and incentives for the head football coaches at major FBS universities. Game guarantee revenues received from football, basketball and baseball comprises 20 percent of the university’s $5.5 million athletic operating budget. Funds from the 2012 FBS games support academic advisors and tutors, and equips the new athletic academic study laboratories. Another way to advance fledging FCS is to garner the support from major gift donors.

Some critics contend this revenue–generating method is a common practice for historically Black colleges and universities (HBCUs). As a rejoinder I proffer this — Appalachian State University built its former Division II program in a very similar fashion. Just twenty years ago, the Mountaineers received large payouts from major FBS universities. Appalachian State used these game revenue guarantees to build a team that became a Southern Conference powerhouse, which stunned the vaunted 2007 Michigan Wolverines in Ann Arbor.

There is nothing wrong with competing against the best to be the best. Savannah State’s students, especially those in STEM — science, technology, engineering and mathematics — disciplines, enter into science competitions with students at some of the nation’s top research universities and win. For example, Jordan Allen, senior environmental science major of Cuthbert, Ga., has been invited in October 2012 to present his research at the Ivy Plus STEM Symposium for Diverse Scholars at the University of Pennsylvania. Jordan, who has participated in more than ten science meets during his academic career, is a shining example of the caliber of students who attend Savannah State University. We pursue excellence in academic classrooms, on the athletic courts and in all fields of competition. Ask any student athlete whether they would seize the opportunity to test and enhance their skills by competing against the very best. Ask a female tennis player at a small university, knowing she would lose and not make a point, if she would like to play an exhibition against Serena Williams. The answer would be a resounding “yes.”

In 2012, Savannah State became a member of the Mid-Eastern Athletic Conference (MEAC) joining Howard, South Carolina State University, Bethune–Cookman University and other members of this prestigious HBCU athletic conference. Currently, we are not as financially well-positioned as those institutions. However, we are enhancing athletic programs fiscally to compete with the larger universities in terms of recruiting top student athletes. Athletically, the university’s primary goal is to win multiple MEAC championships.

Division I participation is integral to the university launching a successful athletic program in its 15 sports. Without participation in Division I athletics, we would not have Amara Jones, a track athlete at the 2012 London Olympics and Savannah State alumna, who served as an alternate on the Bahamian national Olympic team; or Cedomir Ilic, a Serbia national and continuing university student, who is a potential golf participant for Serbia at the 2016 Olympics.

Savannah State athletics are in a building/transitional mode that will not yield immediate success. It may be some years before there is a positive turnaround in the football program. However, this will not deter the university from providing its student athletes with the opportunity, facilities and academic support to compete against the best.

All students, past and present, who matriculated at Savannah State University are exemplars of its motto: “You can get anywhere from here.”