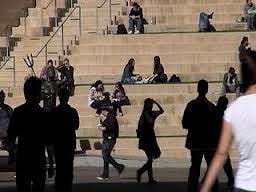 Participants at the Deans’ Forum on Hispanic Higher Education recommended starting earlier in their recruitment of students and including the students’ families in the process.

WASHINGTON — When it comes to the recruitment and retention of Hispanic students, start early and be sure to get the student’s entire family involved.

Those bits of advice ranked high among the plethora of tips offered at the first annual Deans’ Forum on Hispanic Higher Education.

The event drew deans from across the country—from New Mexico to New York—to tackle some of the most pressing issues that confront institutions of higher learning as they seek to serve increasing numbers of Hispanic students.

“There are a lot of students who are first-generation, low-income students for whom college may as well be located on the moon,” said John Moder, Senior Vice President and Chief Operating Officer at the Hispanic Association of Colleges and Universities, or HACU.

“They may be aware that there’s a college in their town, but there are a lot of students who never set foot on it, never walked through your gates, who are a little vague on what happens there, that don’t know anybody who went to college, and there may not be anybody in their family or neighborhood that has,” Moder said.

The challenge, Moder said, is to convince such students that “college is a real possibility” — and it starts, he said, with such simple things as inviting students and their families on campus to get a sense of what college life is like.

Moder directed his remarks at 50 or so deans who attended the forum, held as a post-conference event for HACU’s annual conference.

The conversations that unfolded among the deans demonstrated a host of complexities and nuances associated with the challenges that institutions face in effectively serving Hispanic students.

For instance, while there was general agreement on the need to offer a helping hand to Hispanic students who are the first in their family to go to college or who come from families of lesser economic means, others offered some caveats on how that help should be given.

“Yes, we want to cater to the Latino community, but, when we do it, if you say we want to cater, it contributes to lack of self-esteem,” said Fenix Arias, Director of Instructional Testing at York College, CUNY.

“Do not allow others to disempower you by saying, ‘I’m here to help you,’ because in a way that contributes to the same thing we’re trying to fight,” Arias said.

The forum afforded the deans to share how their campuses or home states are going about being of service to Hispanic students.

Their efforts included legislative efforts, such as one in Oregon to bring early college to high school students, to Colegio de la Casa, a program at New Mexico State University Alamogordo. As its Spanish name suggests, the program is one in which parents are trained to serve as college advisers in the home.

Juan Garcia, Vice President of Student Success at NMSU Alamogordo, said the program is in line with Moder’s advice to start early and begin with the family when seeking to recruit Hispanic students.

“If you’re going to recruit the Latino, you have to recruit the whole family,” Garcia said. If institutions fail to involve the family, he said, “you’re setting the students up for failure.”

Moder—drawing from his past experience as president of St. Mary’s University in San Antonio, where more than half the students are Hispanic—offered a series of tips on working with Hispanic students and their families.

Those tips, listed in a handout titled “Strategies for Recruiting Hispanic Students,” included: