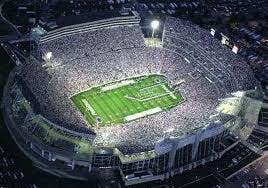 INDIANAPOLIS — Rule-breakers are about to find out just how tough the NCAA is going to be.

After debating changes for more than a year, the board of directors is poised to vote Tuesday on an enforcement proposal that would streamline the infractions process, impose harsher sanctions on the worst violators, expand the current two-tiered penalty structure to four and create a more standard set of penalty guidelines.

The details were first released in August when the board endorsed a proposal that has remained essentially unchanged.

“It’s something the membership put forward, and ultimately, I think it will be better,” Chris Strobel, the NCAA’s director of enforcement, told The Associated Press on Monday. “It’s allowing the enforcement staff to use its resources on the most severe cases, and it will include stronger and more consistent penalties, so I think it’s moving in the right direction.”

Strobel would not predict whether the sweeping changes would be approved, though it appears to be a foregone conclusion, given the board’s previous stance.

NCAA President Mark Emmert also has championed the moves following the series of scandals that rocked college sports in 2011.

At a presidential retreat in August 2011, Emmert asked university officials to take bold action in an effort to end the risk-reward analyses he believes are being used within some programs to determine whether they should abide by the rules.

“I’m extremely pleased with the speed with which we’ve been able to make progress,” Emmert told the AP before the meeting.

If the proposal passes, schools and coaches would not only have to contend with infractions hearings, they could also face additional charges of aggravating and mitigating circumstances.

Violators found in a “serious breach of conduct” with aggravating circumstances could face postseason bans of two to four years and fines of millions of dollars from specific events or gross revenue generated by the sport during the years in which rules were broken.

That’s exactly what happened to Penn State in the wake of the Jerry Sandusky scandal. The NCAA banned the Nittany Lions’ football program from postseason play until after the 2016 season and levied a $60 million fine on the school.

Head coaches also will be held more accountable for their staffs. Unless a head coach can prove he or she was unaware of what took place, the most egregious violations could lead to suspensions from 10 percent of the season to a full season.

And what if the new policies don’t the stem the tide of rule-breaking? The NCAA could take additional steps.

“We’ll continue to evaluate it, and if we recognize something is not working in the right area, that’s a step we will rectify,” Strobel said.

The measure also calls for more standard penalty guidelines. Schools and college fans have long been baffled by NCAA punishments and have called for more consistent standards.

And the sanctions could come sooner than the typical one-year time line.

Under the new proposal, the infractions committee would expand from 10 to up to 24 members who will serve in rotation. The hope is that more panels would break the backlog of cases that has traditionally bogged down the process.

“The committee on infractions could proceed under the new standards or could apply the penalties under the old standards, based on whatever is more beneficial to the institution,” Strobel said.

Emmert has backed every legislative piece of the reform movement.

Last fall, the governing body passed a measure calling for tougher eligibility requirements on incoming freshmen and junior college transfers; another that tied academic performance to postseason eligibility; a third that give schools flexibility to offer multiyear scholarships or stick with the standard one-year scholarships, and it stood up to an override motion; and a fourth that allowed student-athletes to collect stipends of up to $2,000, which was stopped by an override movement.

Emmert wants to bring back the miscellaneous expense allowance, or stipend, though it’s unlikely to happen before the board’s January meeting.

“The differences being explored right now are whether or not to include a need-based component in it so that students have to have demonstrated financial need before they might get the miscellaneous expense allowance,” he said. “There’s not a final proposal at this time. I’m sure it’ll be hotly debated. It’s an issue that provokes a lot of passion on either side of it.”

Another committee is trying to shrink the NCAA’s massive rule book, but no formal proposal is anticipated before January.