In 1968, the University of Pennsylvania pioneered a formal structure to recruit and 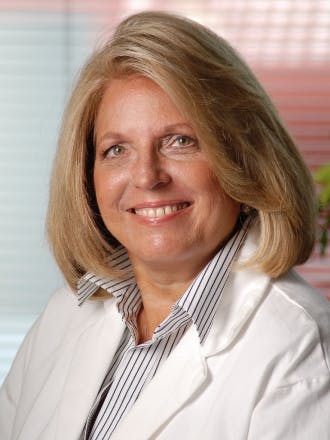 Dr. Gail Morrison is the vice dean for education at the University of Pennsylvania.

support students of color in the Perelman School of Medicine, creating the Office for Minority Affairs, believed to be the country’s first diversity office at a medical school.

The innovation spread, so that nowadays medical schools tend to have an office promoting diversity — a broader, more current term that encompasses other groups besides racial-ethnic minorities. In 2007, Penn’s medical school renamed its own initiative the Office for Diversity and Community Outreach.

At the end of the last academic year, though, the medical school dismantled the pioneering office, ousted its two long-serving administrators and reorganized diversity activities into the Program for Diversity and Inclusion, led by faculty members. A national search is underway for a vice dean for diversity and multicultural affairs.

Penn’s medical school says it is once again taking a leap into the future, just as it did in 1968, this time by putting faculty members in charge of diversity efforts and aligning those efforts more closely with student recruitment and support.

“Prior to our reorganization, our programs were successful but lacked the breadth of inclusion required by today’s pool of students, and also did not consistently offer direct connection with faculty who could best advise applicants and existing students on how best to navigate medical school and subsequent training opportunities,” says Dr. Gail Morrison, the school’s vice dean for education.

But Perelman for Diversity, a group of Penn medical students, argues the changes amount to “a huge leap backwards.” They collected more than 1,000 signatures on an online petition in an unsuccessful attempt to reverse the reorganization and bring back the old office’s administrators. The director had worked there for 30 years.

“The elimination of the [diversity office] in the face of an expanding definition of diversity sends a contradictory message to the medical, academic, and professional communities,” the students charge in their petition.

Morrison says guiding the reorganization was an influential article, Diversity 3.0, by Dr. Marc Nivet, chief diversity officer of the Association of American Medical Colleges, which, like Penn, is in Philadelphia.

Nivet’s commentary in the journal Academic Medicine last December argues that medical schools and teaching hospitals are entering a third stage that “must acknowledge diversity as a strategic imperative, reposition it across the institution and its functions,” but “without abandoning programs that have been proven to eliminate enduring inequalities and injustices.”

Nivet, whom Morrison says the Penn medical school consulted as it contemplated the changes, explains no single model has emerged to reach that new stage.

“Medical schools are all different, so there is no one right way to execute diversity efforts,” Nivet says in an email. “The positive trend I notice happening, however, is that no med school is happy with the level of impact they are currently having and are trying to find novel ways to get better results in their student and faculty diversity efforts. Most efforts are around holistic admissions or hiring someone to focus specifically around faculty diversity. Many more have created new pipeline programs.”

More faculty and student diversity are thrusts of Penn’s reorganization. Dr. J. Larry Jameson, the medical school’s dean, told student protesters in July that “diversity advisors” will be involved in every personnel search, “ensuring that we look broadly for candidates.”

Morrison informed students that a new faculty Council on Diversity and Inclusion will work with the admissions, financial aid and student affairs offices to enhance diversity, as broadly defined to include gender, race, ethnicity, sexual orientation, economic status and other social factors.

Morrison told student protesters in July that the now-disbanded diversity office had done its best on “minority affairs,” its original mission in 1968, despite more recent focus on broader diversity.

“Still, the office has been successful in helping two main groups of students: African-American students and Hispanic/Latino students,” Morrison is quoted in the meeting’s minutes. “In conversations with diversity groups at large and in smaller groups, it was evident that the school needed broader diversity work.”

Perelman for Diversity did not respond for comment. Morrison says medical school leaders continue to meet with students on the diversity changes.

The protesters have argued that faculty members with teaching and possibly research responsibilities will be unable to devote adequate attention to enhancing diversity.

“Our goals are to promote medical student diversity and facilitate greater collaboration among our multiple cultural affinity groups, while strengthening ongoing emotional support, mentoring and advising to our students,” Morrison says in an email.

“Success in these goals will prepare the very best physician-leaders who will not only represent the populations they will be caring for in the decades to come, but who will also lead the profession to even higher levels of diversity and inclusion.”