Coming Down to the Wire, Candidates Highlight Education Differences 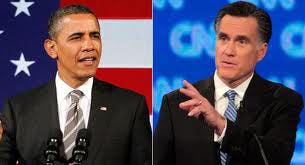 As voters head to the polls Tuesday in a tight presidential contest, President Barack Obama and former Massachusetts governor Mitt Romney are sharpening their differences on education issues.

As voters head to the polls Tuesday in a tight presidential contest, President Barack Obama and former Massachusetts governor Mitt Romney are sharpening their differences on education issues.

Kicking off his final weekend of campaigning, Romney last Friday took aim at teachers unions as the main impediment to progress in U.S. education.

“If the President were re-elected, he will say every good thing imaginable about education. But, in the final analysis, he will do what his largest campaign supporters—the public-sector unions—tell him to do and your kids will have the same schools with the same results,” the Republican presidential nominee said at a Wisconsin campaign stop.

If elected, Romney said he would serve as the “voice for children and their parents,” adding, “There is no union for the PTA.”

For his part, President Obama also went on the offensive in the campaign’s last weekend, touting his work in providing more money for need-based student financial aid. “I said I’d help young people afford a college education. We expanded Pell Grants and lowered student loans. I do what I say,” he said at a Sunday rally in Cincinnati.

He also claimed that Romney cut higher education as governor of Massachusetts, resulting in a 63-percent increase in fees for students at state colleges and universities.

In outlining plans for a second term, the president said he wants to cut the growth of college tuition in half during the next 10 years and train 2 million community college students for high-demand jobs. “That’s what change is. That’s what we’re fighting for in this election,” he said.

Romney also outlined a focus on jobs and related training, saying he would reform federal programs. He said one of his first actions would be to push for a Retraining Reform Act that would provide more efficient, coordinated training for workers left behind in the current economy.

He also called for cutting non-security discretionary federal spending by 5 percent, which could affect education and other domestic programs. Romney also has called for making many federal K-12 funding streams portable, meaning they could follow the student to different schools and give families flexibility to pay for tutoring and supplemental services.

Late Friday, a group of education experts also saw wide variation in the type of policies that Obama and Romney would pursue during the next four years.

Student loans and treatment of for-profit colleges are two prominent higher education issues that divide the Republican and Democratic candidates, said participants at a conference sponsored by Campus Management Corp.

But Romney would “let banks back in” to the loan system, and bringing the private sector back into the program could lead to decreases in need-based aid, she noted.

Yet the rapid expansion of Pell has proved troublesome, as heavy use by students is causing a massive shortfall that will challenge policymakers “no matter who the president is,” said Sally Stroup, an Education Department appointee during the George W. Bush administration.

“He will be more inclined to treat everybody the same,” Stroup said. While the Obama Education Department has focused on new rules and penalties at for-profit institutions, a Romney administration would provide more balance. “Whatever the landscape is [for regulation], it would apply to everybody,” she said.

States have many referendums on the ballot, including one in Maryland that would support in-state tuition benefits to some undocumented students. Question 4 asks voters in that state to approve or reject the 2011 Development, Relief, and Education for Alien Minors (DREAM) Act, which passed the state Assembly last year.