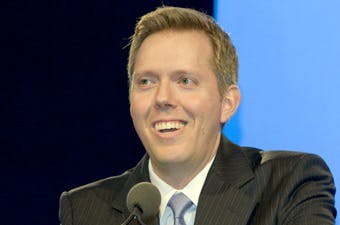 Trevor Packer is the senior vice president for Advanced Placement and College Readiness at The College Board.

So the school district began to hold an annual “AP Summit,” where all of the district’s guidance counselors and AP teachers were engaged in a conversation about equity and access. The district brought in various minority professionals, consultants and guest speakers from the College Board — creator of AP courses — to discuss ways to remove barriers and open access to AP courses for students from diverse socioeconomic backgrounds.

“The students typically are not the barriers,” said Rebecca Braaten, director

of Academic Rigor and Secondary Curriculum/Instruction for Polk County Public Schools. “The adults are the barriers.”

Once educators began to recalibrate their thinking about which students are AP material, they started to employ efforts to expand access to the college prep courses.

The extra effort has evidently paid off.

Polk County Public Schools made the 3rd Annual Honor Roll as “District of the Year” along with 538 other public school districts, the College Board recently announced. The distinction is conferred upon school districts that increase access to AP courses for a broader number of students and at the same time maintain or improve the rate at which their AP students earn an AP exam score of 3 or higher, which is needed to earn college credit.

The annual AP Honor Roll is part of a broader national movement to expand access to the brand name college prep courses that have historically been reserved for top-performing students headed for America’s most elite schools. Now, educators are beginning to get more students from underrepresented groups — low-income and minority students in particular — to take on the challenge of the college prep courses, College Board officials say.

“Increasingly, educators are learning that one thing they can do to get students to get ready for college is give them a taste of what college is like in high school,” said Trevor Packer, senior vice president for Advanced Placement and College Readiness at The College Board.

A more reliable predictor is the PSAT, Packer said.

“That’s helped open a lot of educators’ minds about the fact that they shouldn’t be restricting opportunity based on traditional predictors like GPA,” Packer said. “They really need to think in an open way about whether a student is motivated and has the academic potential to succeed in an AP course.”

This adds to a growing legacy of expanding access to AP classes in Polk County Public Schools. Indeed, each year, three districts are chosen from the AP District Honor Roll to receive an “AP District Honor Roll Award” to recognize extraordinary achievements in increasing access and student performance in AP among an underrepresented minority student population, College Board officials said.

Part of what enabled Polk County Public Schools to broaden access to AP is the fact that it applied for and won a $2.7 million, three-year Advanced Placement Incentive Program grant from the U.S. Department of Education, according to Braaten.

Among other things, the district used the grant to develop S.T.E.A.M. (science, technology, engineering, arts and mathematics) Academies, to provide middle school students an accelerated academic program of study that involves college readiness courses and the opportunity for students to earn up to six high school credits before they begin their freshman year in high school.

The idea is to reach students earlier in their academic careers with rigorous and challenging courses, Braaten said, to enhance their chances of doing better in such courses once they reach high school and head to college.

The first S.T.E.A.M. students hit high school next school year, Braaten said. She advises other school districts to similarly start early in exposing their students to challenging courses in order to “build a pipeline” of students who are ready to succeed in AP.