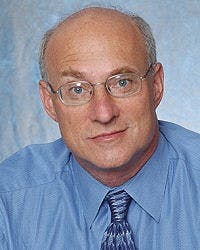 Richard Kazis, vice president of Jobs for the Future, was among a group of higher education professionals calling for the remedial education system to be reformed Wednesday.

“Remediation, as currently structured, simply does not work,” said Stan Jones, president of Complete College America, a policy and research organization that works with states to improve college completion rates.

Jones’ organization is one of four that united to issue the new set of research-based principles that they say should shape the way colleges and universities serve students who currently don’t place into college-level courses. The other organizations that joined in the effort are: Jobs for the Future, the Education Commission of the States and the Charles A. Dana Center at the University of Texas at Austin.

The seven principles the groups unveiled Wednesday are:

The idea behind the principles, particularly those that are meant to shorten the remediation process and get students taking credit-bearing courses, is to ensure greater chances of completion, leaders of the effort to revamp remedial education said.

“The more courses you take, the more semesters you have to be in the school, the more life intervenes for students, and the more they drop out,” said Richard Kazis, vice president of Jobs for the Future, a Boston-based organization that works on college and career issues for low-income students.

Kazis echoed an earlier report by Complete College America, called Remediation: Higher Education’s Bridge to Nowhere. Among other things, that report found that in general, students who don’t take remedial education courses are more likely to graduate from two- and four-year universities on time than those who do.

Kazis also said that placement tests are faulty predictors of whether students can do college-level work.

“The placement tests are flawed and limited in their power to predict student success,” Kazis said. “Many of these students — up to half of students placed in developmental education — could succeed with a C or better in a college level course.”

The idea behind making remedial content relevant to a student’s chosen field of study is to prevent students from having to take required courses that often become barriers to a credential in whatever profession they are pursuing.

“Hundreds of students who want to be a fireman, nurse, EMT, interior designers completed programs and are taking college algebra for the third or fourth time,” said Uri Treisman, director of the Dana Center at UT Austin, which works on improving education systems, particularly in math and science. “We need to end this.”

Treisman said it was important to come out with remedial education reform principles in order to implement the reform on a broader level across systems and states instead of just within an individual institution.

“We need common design principles because articulation and transfer are key,” Treisman said. “It’s time to do this work at scale.”

The next step, Treisman said, is for policymakers to work on ways to get institutions to revamp remedial education in ways that the research-based principles show will reap results. The principles, Treisman and others said, are based largely on research done by the Community College Research Center at Columbia University and have been vetted by other higher education leaders.

“Policymakers act through many vehicles. It’s important that the signals they send through legislation reinforce the [new principles] because it’s in the interest of economic and human development,” Treisman said. “So funding formulas need to signal the importance of completion and create incentives for institutions to accelerate the programs of study and pathways to completion.

“Policymakers need to strap on the tool belt and get to work.”