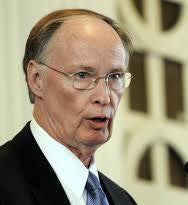 MONTGOMERY, Ala. — Gov. Robert Bentley said Friday that his office has commissioned an independent audit of the finances and other activities at Alabama State University.

The Birmingham-based firm Forensic Strategic Solutions will conduct the audit. It comes after the university’s trustees suspended the school’s new president, Joseph Silver, last month after he raised questions about the school’s contracts and finances. Before being suspended, Silver had tried to fire two top ASU officials, including executive vice president John Knight, who is also a state representative.

Bentley said he is still negotiating a price for the audit. He says he made the decision after being asked by students, faculty and others at Alabama State. Bentley said university officials agreed with his decision.

Bentley is the president of the board of trustees of Alabama State, but is pursuing the independent audit in his role as governor. The trustees’ board is pursuing a separate audit.

The governor discussed plans for the audit during a meeting with reporters after he gave a speech to the Asphalt Pavement Association of Alabama at a Montgomery hotel.

Earlier Friday, the governor and key members of his staff met with ASU officials including Knight and Board of Trustees President Elton Dean. A spokesman for the governor, Jeremy King, said both sides mutually agreed to the need for the second audit.

Knight, who has said he does not know why Silver wanted him fired, said Friday he and other ASU officials favor the audit.

“We are for transparency,” Knight said.

Knight said ASU officials have asked all university employees “to fully cooperate with both audits.

“We want to erase any appearance of any conflict of interest,” Knight said.

Silver’s attorney, Robert Ward of Montgomery, declined to comment other than to say, “We are abiding by the process.”

A statement from university officials, released by spokesman Kenneth Mullinax, said, “ASU’s representatives are confident that the University’s contracts and business dealings have and are being done in a forthright and legal manner, and that this audit will reaffirm this fact to the public.”

The governor said there is no timetable for completing the audit.