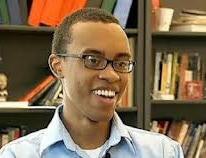 Cameron Clarke says it’s “reassuring to know that you’re not the only one who thinks what you’re doing is worthwhile.”

Although Cameron Clarke is the 18-year-old Philadelphia student who scored a perfect 2400 on the Scholastic Aptitude Test, it is his father, Peter Clarke, who, after months of telling only close family and friends, decided it was time to go public with the news.

Peter, who owns The Reef, a Caribbean restaurant in Philly’s South Street District, says he was talking to a local reporter about the daily topic of youth crime, when he decided to ask why there was no positive news being reported about Black teens. Such as? The reporter wanted to know. Such as a local African-American student scoring a perfect 2400 on the SAT.

So he began relating the story of his son’s achievement. Peter Clarke says several weeks passed before the story appeared, as more pressing news took over the headlines.

But once the local media picked it up, social media propelled the Cameron Clarke story to national and international outlets. The unassuming Cameron was inundated with requests for interviews and guest appearances.

Although he wasn’t expecting so much attention, Cameron says, “It’s always reassuring to know that you’re not the only one who thinks what you’re doing is worthwhile.”

As a student at the exclusive Germantown Academy Upper School, Cameron has indulged all of his interests. An avid musician, he is principal cellist in the Philadelphia Youth Orchestra, a position that landed him an invitation to perform at the Aspen Music Festival. He also enjoys writing and is editor of his school newspaper, a member of the math club, and a student government senator. Oh, and an athlete — he’s a member of the school’s cross country team.

“We have kept him busy,” his father says in a bit of an understatement. Peter Clarke also says his son has chosen friends who are as academically competitive as he is. “They push each other and they are supportive of each other,” he says.

For Cameron, it’s a bit more complex. When Diverse asked him what advice he would give to teens who are struggling academically and considering dropping out of school, Cameron responded in writing with a thoughtful essay that stated, in part:

“I think that there are two possible solutions, one intrinsic and one extrinsic. The intrinsic solution would be to find just one academic area that motivates you, be it math, history, literature, science, or what have you. Once you’ve determined (the) area that truly brings you pleasure, go at it with everything you have. Having even one thing to latch onto at school … can make a world of difference in your overall attitude to learning …

Peter Clarke becomes the typical Dad when discussing the age his son began to show intellectual prowess. He says 6 months.

“Before he was born, his mother knew she wanted him to go to Germantown Academy,” Peter says, adding that he and Mary Jones, a Spanish teacher at a local Catholic school, “sometimes had difficulty” paying for the pre-K-12 private school but never wavered in their determination to see Cameron succeed. “We both believe that education is a fundamental part of a better life.”

Cameron is not alone in his achievement, but he is a rarity. Out of 1.66 million students who took the exam this year, just 360 scored a perfect 2400. And Cameron fell short on his previous try, scoring 2190, which put him in the top 1.5 percent. But spurred on by his competitive spirit, he tried again.

Peter says he is “over the moon” with pride. “But for us as parents it is also a plus when it comes to the cost of college, especially leading research universities.”

That no longer seems to be a problem. In fact, his father points out that Cameron was selected as Germantown Academy’s Patriot Scholar, an honor that included “a full ride in his senior year.”