Faculty Diversity a Topic of Discussion at MLA Annual Convention 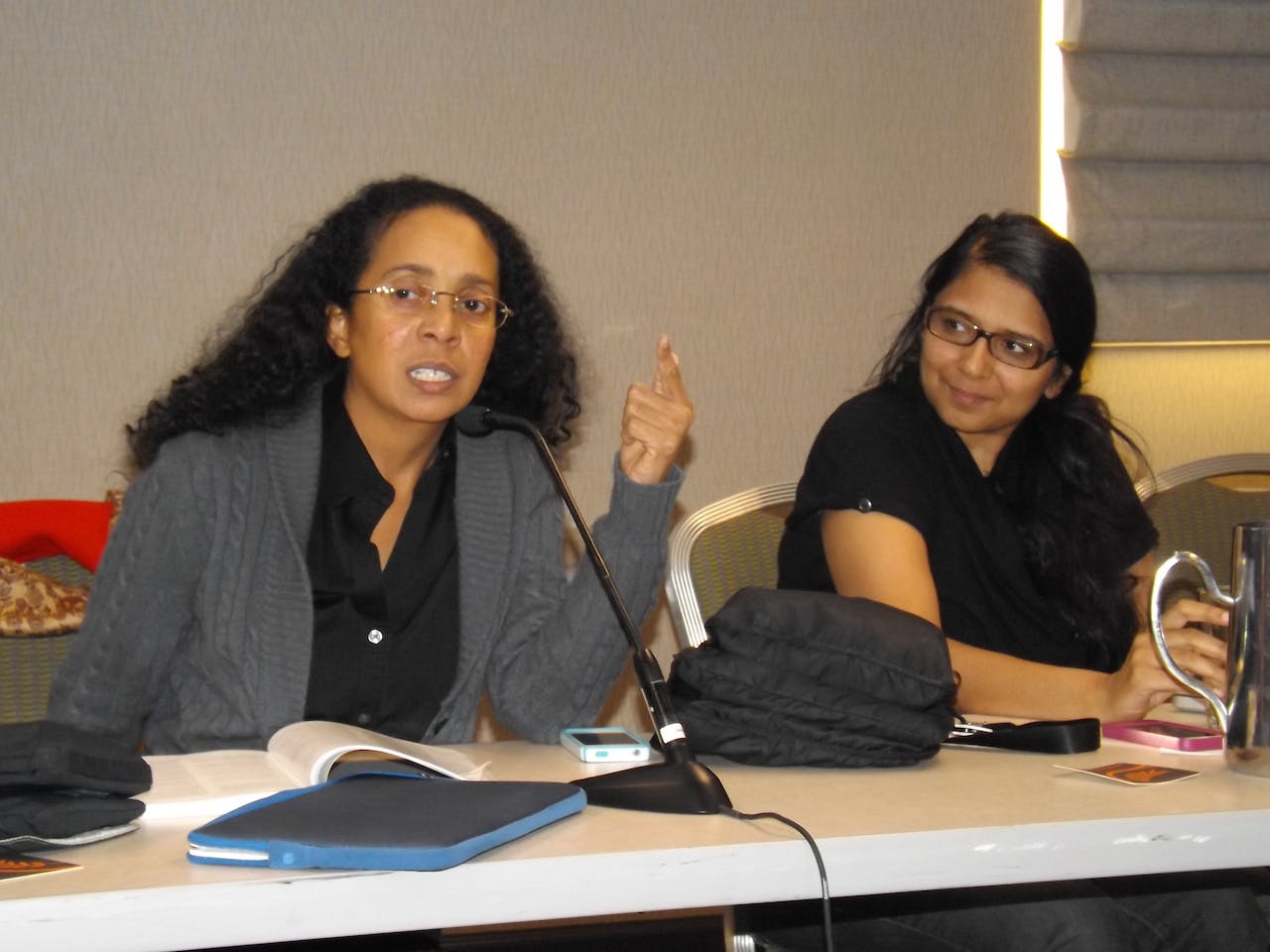 BOSTON — Nearly 8,000 literary scholars of all stripes braved sub-zero wind chills here to attend the 128th Modern Language Association Annual Convention which got underway Thursday. Among the hundreds of sessions covering a variety of topics related to American and European literature was one held yesterday titled, “Owing: On Students (and Other) debt.” Such a session seemed timely, given the immediate past and future threats to a still-recovering economy posed by “Fiscal Cliff” skirmishes on Capitol Hill.

“I tried to put that question, the economics of the profession, front and center, so it’s not just hallway talk,” said MLA President Michael Bérubé.

In the “Owing” session, Dr. Richard Dienst, associate professor of English at Rutgers University, gave a lively presentation on the outsize impact of debt in the academy, and on American culture. Interestingly, Emory University’s Dr. Marc Bousquet, the other presenter for the “Owing” session, made the argument that relatively low wages are a high obstacle for English departments seeking to recruit to their faculties scholars who are African-American or Hispanic and hail from less-than-privileged backgrounds.

Bousquet asked the audience why police departments are far more diverse than English departments, by and large. Noting the silence in the audience following his question, Bousquet noted, “We have made it too difficult for those who are not advantaged” to enter the profession. Asked whether he believes faculty diversity is a priority for elite institutions, such as the one he now teaches at, Bousquet said such institutions are “constantly trying to work on the question of diversity.

“For me, the question is why do they fail so much, despite all of those efforts. And I think one of the reasons, amongst many, is the irrationalism of faculty compensation.” Bousquet adds, “Eighty percent of faculty are working like for $15,000 a year” taking into account adjuncts and graduate students.

“The compensation is so irrational that most people can’t afford to make that choice. It’s basically … making a luxury lifestyle choice,” Bousquet adds.

Another catchy MLA convention session title was “Blackness without Race: The Subversion of Race in Black Literature, Film and Music.”

Regarding the title of the “Blackness without Race” session, Hofstra’s Dr. Jennifer Henton, who presided, said, “People are now trying to claim that we live in a post-racial society,” yet for target identity groups, race “itself is still important and critical and loved amongst these groups and … it’s not going be dispensed with because it’s inconvenient.”

The Modern Language Association Convention was first held in 1883 and is an annual gathering of literary scholars and teachers. This year’s convention wraps up on Sunday, January 6. For more information, visit MLA on the web at www.mla.org.