One in Four Freshmen Now Starts in January, Not August 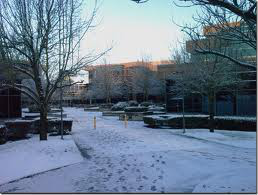 When she graduated from her high school in Pittsburgh last spring, Mikaela Molstre didn’t follow her classmates to college. She went to Africa instead and worked in an orphanage.

That convinced her that she wanted to become a social worker, and this month Molstre is beginning as a freshman at Cedarville University, a Christian college in Cedarville, Ohio.

“There is definitely a little anxiety” about starting school in January and not August, Molstre says. But that was better than going to college with no idea of what she wanted to do.

Molstre’s story is growing less and less unusual. In spite of the long-held image of freshmen moving into college wearing shorts and flip-flops under colorful foliage, one in four first-time students at American colleges and universities now starts not in the early fall, but in the winter, according to a new report by the National Student Clearinghouse Research Center.

These include older-than-traditional-age students, military veterans taking advantage of G.I. Bill benefits, people who can’t immediately afford to pay tuition or need to work for a few months to save some money toward it, and high school graduates who, like Molstre, aren’t sure they want to go to college — until they’ve lived at home for six months or can’t get jobs.

“More and more people are going to college these days in general, whereas maybe 50 years ago there was an economy in which people could get jobs they were happy with without a college education,” says Laura Dimino, director of student services at Harrisburg University of Science and Technology in Pennsylvania, which has a special orientation for freshmen who start classes in the winter. “Now we’ve got such a higher proportion of the population thinking ‘I should go to college.’ After a bit of time at home, they make that decision to go.”

As for nontraditional-age students, “They are on a completely different schedule,” Dimino says. “If you think of the typical adult, the January start is a perfect time for an adult student deciding ‘I want to get another degree, improve my economic position, change jobs.’”

Some universities, under greater scrutiny from parents and legislators, also are purposely admitting students on the condition they start in January. That’s because they know that many first-semester freshmen will drop out, leaving unused seats in classes and beds in dormitories.

“Certainly if you’re running at full capacity and you have more applicants than you have room to enroll, that makes a lot of sense,” says Roscoe Smith, admissions director at Cedarville. “Because at most schools your enrollment will drop from the first to the second semester, and you have a desire from a financial perspective to fill those spots with paying students.”

But traditional residential colleges like Cedarville are not among the ones that push this, Smith says. That’s because starting in January “isn’t always as beneficial or supportive for the student as starting in the fall, when you’ve got 1,000 other people all starting at the same time.”

“If you have a fairly young student, starting in the spring term can be a little more difficult adjusting socially, because you have so many undergraduates who started in the fall.”