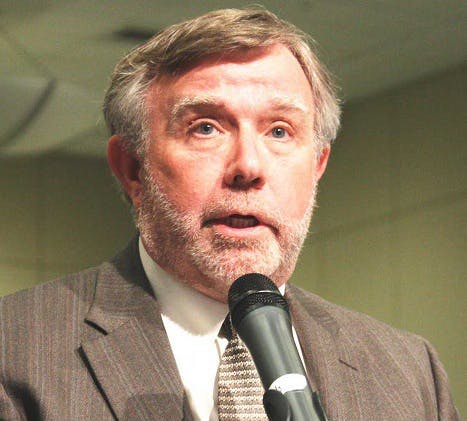 WICHE President Dr. David Longanecker says the changing demographics “will mean greater demand for a college education from students we traditionally have not served well.”

With a predicted decline in the number of U.S. students attending and completing high school over the next several years, the nation’s colleges and universities can expect to recruit among a smaller yet a decidedly more diverse pool of students, according to a new report.

In “Knocking at the Door: A Projection of High School Graduates,” the latest annual report by the Western Interstate Commission on Higher Education (WICHE), it is projected that the number of Asian American/Pacific Islander and Latino public high school graduates will markedly increase over the next several years, while coinciding with decreases among Blacks and Whites attending and completing high school. By 2020, however, minorities will make up 45 percent of U.S. public high school graduates, up from 38 percent in 2009.

“There have been two overarching story lines in the report,” which is in its eighth edition, according to Dr. Brian T. Prescott, the WICHE director of policy research and a report co-author.

The WICHE reports have shown that, since the early 1990s, steady growth in the number of high school graduates has helped sustain healthy U.S. college and university enrollments. The updated report reveals the high school graduate growth trend reached a peak with an estimated 3.4 million high school students graduating in 2011. Providing a snapshot of the enrollment challenges colleges and universities are likely to confront, the report contains national, regional and state-by-state projections for graduates of public and private high schools through 2027-28.

“Institutions will no longer be able to rely on growth in the number of traditional-aged students to boost funding. At the same time, the changing demographics of our high school graduating classes will mean greater demand for a college education from students we traditionally have not served well,” said Dr. David Longanecker, the WICHE president, in a statement. “Higher education must commit to finding innovative, cost-effective ways to prepare those students to succeed in our 21st century global economy.”

The report projects that high school graduate numbers “will fall over the immediate term, before settling down at a stable rate between 3.2 [million] and 3.3 million nationally by 2013-14.” The next growth period for high school graduates will begin 2020-21 and resume through 2026-27, the report says.

Much of the rapid change in demographics is attributed to the increase anticipated among Latinos finishing high school, which will be nearly equivalent to the decline by White non-Hispanics. During the same time, the number of Asians/Pacific Islanders graduating from high school will increase quickly, offsetting Black non-Hispanic numbers, which are expected to fall. Nationally, between 2008-09 and 2019-20, U.S. public high schools will collectively yield:

While demographic changes will vary considerably among states, regional patterns are well-defined in the projections. “In general, the South and the West are most likely to continue to see growth, while the Midwest and the Northeast can expect the greatest shrinkage,” the report says.

One organization that is closely watching the demographics of its state is the California-based Campaign for College Opportunity. Audrey Dow, the Campaign for College Opportunity community affairs director, says the campaign advocates for policy solutions to and reforms of California’s higher education system so that it can produce well-educated graduates.