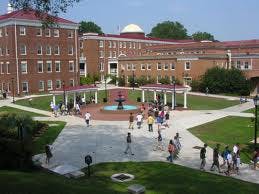 President Obama’s administration certainly doesn’t stand alone in regard to uncertainty surrounding the issues in higher education. Aware of the trending concerns, the Association of Public and Land-Grant Universities (APLU) answered the nation’s most common questions in a 12-page report.

Comprised of answers to nine of the most frequently asked questions directed toward the APLU, the report addressed topics ranging from examining student debt to explaining increased tuition rates. The APLU gathered data from supporting reports that education organizations published within the last year, such as College Board’s Trends in College Pricing, the Delta Cost Project dataset and Georgetown University’s Center on Education and the Workforce’s series of research.

Finding the most prevalent issues as a crisis in tuition increase, the APLU constructed the majority of their answers around policies that education leaders implemented in order to control costs of education.

The report supported McPherson’s observation and documented the difference in tuition costs within the last decade. In 1990, state governments paid for about two-thirds of the cost of education for each full-time student, leaving one-third of tuition costs as the student’s responsibility. To date, the revenue theory has flipped and two-thirds of tuition is withdrawn from the student while the rest is made up in state aid.

McPherson suggested that change in college pricing is a direct result of steep declines in state support for public universities.

“These factors have caused a substantial increase in tuition, even though public schools have kept their education cost per student to an average of just 1.2 percent above the rate of inflation for many years,” McPherson explained.

With the rise in tuition as one of the nation’s flagged discussions, the APLU addressed the universal concern that university leaders are not doing much to control costs. In response, the APLU reported that university leaders — particularly at public, four year institutions where tuition is rising more rapidly — are turning to staff reductions in order to keep costs low. After conducting a survey of public institutions, the APLU found that most institutions are outsourcing services of school bookstores, cafeterias and even some administrative processes. The report noted that in some states, universities have collaborated together to process admission applications, purchase supplies and manage technologies.

Members of APLU said, “Tinkering around the edges is no longer an option for addressing budget constraints and decreases.” As a result, the report documented, in addition to reducing service and academic units, some university leaders are investing in programs that can offer more online courses as an effort to help students complete their degrees on time.

At San Jose State University in California, university leaders recently agreed to not only offer massive open online courses (MOOCs) for remedial and introductory courses, but also to offer credit for such courses. The state university’s deal to partner with MOOC provider Udacity was an effort to assist students who had circumstances that prevented them from completing their degree on time such as struggling to fit a class into their schedule or for those who failed a course and had to stall in order to retake the course.

Alongside concerns of tuition costs, university leaders’ involvement with college concerns, the APLU report also addressed the student debt crisis. After noting that student loan debt levels reached an estimated $1 trillion, the report highlighted comparisons of the debt levels of graduates from public and private universities. For students who borrowed money for college at the baccalaureate level, the average debt level was $22,000 at public universities and reached $28,100 at private, four-year universities.

Despite such high levels of student debt, the APLU suggested that the return on investment at public universities still was worthwhile, as the schools assist all students in attaining both a bachelor’s degree and a “leg-up” in their career. According to the report, more than half of all bachelor’s degrees are awarded annually at public universities.

Members of the APLU noted that public universities continue to serve as the “single largest source of trained and educated workers in United States.”