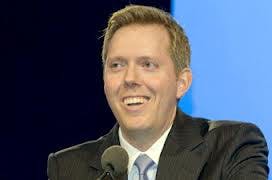 College Board senior vice president Trevor Packer says the improved scores are a testament to committed educators and students.

For the first time in a decade, the proportion of students who achieved a score of 3 or better on an AP exam has risen, and so have the average scores on the exams, according to figures released Wednesday by the College Board.

Specifically, roughly 60.1 percent of the 954,070 students who took an AP exam in 2012 achieved a score of 3 or higher on the five-point AP Exam scale, which is the score needed for credit or advanced placement at most colleges and universities.

College Board officials say the increases — however slight they may be — serve to dispel the notion that the pool of AP exam-takers in the college prep courses cannot become larger and more diverse, and yet improve at the same time.

“It is meaningful that AP mean scores improved during a time of continued expansion of AP access, because that typically does not happen when educational programs are expanded,” said Trevor Packer, senior vice president of AP and college readiness at the College Board.

He called the increase a “testament to educators and students who are committed to the challenging courses.”

Asked to explain the increases, Packer hypothesized that higher education has “set a higher bar” for high school students.

“As higher education has stressed the value of AP scores, educators and students have heard that and focused on it,” Packer said.

Despite the advances, large numbers of students who could do well in AP courses are not accessing the courses, Packer said.

Specifically, 300,000 students — disproportionately from underrepresented groups — are not enrolled in AP courses, despite a demonstrated ability to succeed in the courses, according to the 9th Annual AP Report to the Nation, which was released Wednesday.

The figure is based on scores from the Preliminary SAT/National Merit Scholarship Qualifying Test, better known as the PSAT, and what the College Board calls the “strongest predictor” of a student’s success in many AP courses — even moreso, the College Board says, than a student’s GPA or grade in a prerequisite course to determine admission to an AP course.

David Coleman, president of the College Board, said one of the greatest challenges going forward is ensuring that every student capable of succeeding in AP has the opportunity to take an AP course.

“We’ve made great strides,” Coleman said, but in the future there must be a bigger focus on equity.

Packer and Coleman based their remarks on figures compiled for the new report. The figures show that:

Coleman said the reason Maryland leads the pack is because several years ago, the state began to “backmap” from AP standards and set up a series of courses that culminate in students being ready for AP courses.

“That worked building a pipeline to say, ‘We will prepare students incrementally for AP by doing part of the work in each of the years prior,’” Coleman said.