Urban Male Initiative: Seeing Students Where They Are To Get Them To Where They Need To Be 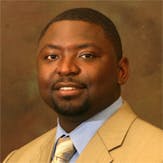 TAMPA — The Urban Male Initiative program at Community College of Denver wasn’t around to answer the Black, Brown and College Bound Conference’s first call to action seven years ago to rescue Black and Latino males from consistently ranking at the bottom of all indicators of educational attainment. However, it has certainly made up for lost time since its creation in 2011.

Spurred by statistics showing that 44.5 percent of Black males between the ages of 15 and 24 were enrolled in post-secondary education programs in 2011 and 45.7 percent of Hispanic males, leaders on CCD’s campus realized that neither group topped 10 percent of their student population despite the school’s mission to support the underserved and at-risk population. Sixty-three percent of Black males and 52 percent of Latino males are taking remedial classes at CCD, which actually shares campus space with Metropolitan State College and the University of Colorado-Denver.

“Black and Brown boys are being left behind and being counted out,” Dr. Ryan Ross, Dean of Student Development and Retention at CCD, said Friday at the conference presented by Hillsborough Community College and themed Rebuilding the Village. “A lot of people talk about educators being change agents, but that’s not enough. … We have to be educational advocates. We have to be educational activists. We have to be individuals who are not afraid to have those tough conversations about what our students really need.”

UMI found that the students it represents often are facing issues such as being first-generation college students, products of single-parent homes, high school dropouts, low income/jobless, inadequate health care, hunger and homelessness. To help, UMI realized it had to be part of the village that the African proverb says is necessary to raise a child.

“We have to ask ourselves who’s really in the village now,” said Ross, who had told a funny story of how members of the village had taken seriously their supporting role of doling out discipline when he spent summers as a boy in Shreveport, La. “In Denver, Crips are in the village. They’re there on the corners 24/7, 365. …

Kendrick Friendly, UMI coach and academic adviser, said their goal is pretty simple: “We’ve got to make our village more welcoming so that our guys want to get their education and earn their degrees.”

Still, Ross said that they have to strike a fine balance in their approach simply because the program caters to men and the male ego.

“Men don’t do handouts,” he said. “We stand on our own two feet. So it’s important that they understand that’s not what this is.”

The program, which has Change Your Thinking/Change Your Life as a motto, doesn’t hesitate to borrow from other successful movements across the nation. One such borrowed principle it espouses is the 5 Wells guidelines former Morehouse President Dr. Robert Franklin laid out for his students: well read, well spoken, well dressed, well traveled and well balanced.

Friendly said students are taking pride in UMI and buying into the program. The bar of achievement constantly is being raised. UMI members are taking leadership roles on campus and, perhaps even more importantly, in the community.

Having started with 15 students, UMI is now serving 135. Whereas it had been solely institutionally funded, it is now pursuing grants. It provides tutoring, peer mentoring, networking, financial incentives and jobs on campus in an effort to raise the 8 percent graduation rate of Black and Latino males on its campus. The group’s students raised their collective grade-point average from 1.8 in the fall semester to 2.4 in the spring last year.

Omar Kelly is well on his way to being one of the success stories.

“I had no intentions of going to college or nothing; I was homeless,” said Kelly, who had been sleeping in his truck and reading books by candlelight at that point in his life. “I went to the school to get that financial aid money and find my way. I fell in love with the school, fell in love with the organization, and it put me on the right path.

“I’m a nontraditional student. It had been 20 years since I had been in school. I’m in the class and all these young people. I thought, ‘I can’t compete with them.’ Now, they’re coming to me for help, which makes me feel good about furthering my higher education.

“The program has helped me rebuild my life and image.”

Kelly is on track to earn an associate’s degree in social work. His revised goal is to return to the village—with a doctorate in social justice.