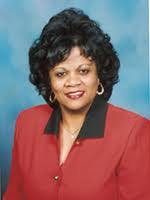 WASHINGTON, D.C. — If you hope to land a job as chief diversity officer at an institution of higher learning, don’t expect to impress the search committee strictly with your passion for boosting diversity on campus.

Instead, be able to discuss what the contemporary research says about best practices in the field and how those findings shape your view of the work at hand.

“In today’s context right now of higher education, anyone who’s going for a position like that has to have some sort of philosophy lens that’s forming their thinking around this topic,” said Sharon Fries-Britt, associate professor of higher education at the University of Maryland at College Park.

“There’s no excuse for someone to come through at that level and not have been thinking about diversity, even if not thinking about it directly,” said Fries-Britt, who chaired a search committee for her institution’s chief diversity officer, or CDO.

“We were looking for candidates that were able to give us that landscape.”

The discussion was one of several sessions conducted at the annual meeting of the National Association of Diversity Officers in Higher Education, or NADOHE. The theme of the conference was, “Diversity Matters: Access and Inclusion, 2013 and Beyond.”

In chairing the search committee for the next CDO at her institution, Fries-Britt said the committee used scholarly research on diversity to formulate questions that better enabled the committee to gauge a particular candidate’s level of sophistication and familiarity with issues in the field.

“I think the scholarship today is fairly sophisticated,” Fries-Britt said. “We’ve gotten some great scholarship that comes in, and the standards are pretty high. But the scholarship also has good recommendations about strategies.

“In the search process, you’re looking for people who can think critically about that,” Fries-Britt said, explaining that a CDO should be able to talk about how specific strategies relate to what they understand about the campus, as opposed to just making broad statements about diversity.

“The other thing you really want to pay attention to is what are the questions that candidates are asking you that let you know under the surface that they’re much more sophisticated about the topic” than what the search committee will explicitly state that it is seeking, Fries-Britt said.

If a candidate is really paying attention to the field and the literature and the critical questions, Fries-Britt said, he or she should be able to speak “beyond the typical stuff” and even offer a critique of where an institution “didn’t quite get this right.”

How to land a job as a CDO is just one part of the equation, though. The other part is being able to know what to do when presidents and provosts call upon a CDO to remedy a particular problem.

That’s what Christine A. Stanley, vice president and associate provost for diversity and a professor of higher education administration at Texas A&M University, said she experienced in her capacity as a campus diversity leader.

“We have a problem with our yield,” is what Stanley said her provost told her when it was discovered that substantial numbers of Black students who had been admitted to Texas A&M were deciding to matriculate elsewhere. Of the roughly 480 Black students admitted to the school, she said, only 230 or so enrolled.

“Fix this for us,” she said her provost told her.

With that in mind, Stanley set out last fall to conduct a large-scale interview of Black college freshmen who had been admitted to Texas A&M but chose to go to a different school.

To conduct the study, Stanley pulled together faculty of color and worked with the admissions office to do a qualitative and a quantitative study, or “mixed methods” study,” to get at the issue of why Black students admitted to the institution chose another school.

They also reviewed the literature regarding “non-matriculating” students. They conducted 118 interviews and several times as many contacts.

Stanley said her study found that Black students were going elsewhere because of more attractive financial aid packages, stronger recruitment for matriculation or the “courtship procedure” and more effective marketing and communications from other institutions.

Stanley said a business professor remarked: “What I’m hearing you say is money and love.”

Now, she said, Texas A&M is using that information to “leverage change” with how it seeks to recruit Black students. She said she is in the practice of writing up the findings from the study.

A questioner asked if Stanley’s research involved a “control group” of White students. Stanley countered that it’s not necessary to have a control group, only to study people within their own context and culture.