Tug of War Over Guns On Campus Intensifying 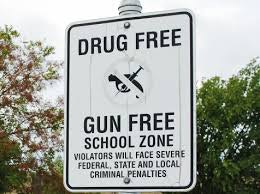 The introduction of bills to allow guns on campuses is the direct result of the mass killings on the campus of Virginia Tech in 2007 and the issue has been spurred by more recent incidents.

As lawmakers in nine states debate whether to permit licensed gun owners to carry concealed weapons on college campuses, administrators at two of the nation’s largest institutions — in Georgia and Texas — oppose the legislation.

Cigarroa told Texas Governor Rick Perry in a letter last week that he had conducted informal surveys with students, staff and law enforcement and reached the conclusion that allowing concealed weapons on college campuses would “make the campus environment less safe.”

Campus police might find it difficult to distinguish between the good guys and the bad guys if guns are visible during an incident, Cigarroa said.

A week earlier, Huckaby, a licensed gun holder, appeared before the Georgia House Public Safety and Homeland Security Committee. “Guns don’t frighten me and I do not demonize them or their owners,” Huckaby said. “I believe in the Second Amendment. … My experience tells me that for our students, the availability of guns will not increase their safety.”

In recent years, Colorado, Mississippi, Oregon, Utah and Wisconsin passed laws allowing concealed weapons on public postsecondary campuses. But the issue in Oregon is presently up for a new debate, said Michelle Camacho Liu, a policy specialist for the National Conference, which monitors the issue.

In Georgia, for example, licensed gun owners already are allowed to keep their weapons locked in their vehicles on campus. But the current legislative proposals would extend the law to permit weapons everywhere but sporting events and student housing, said John Millsaps, the university spokesman.

The introduction of the bills to allow guns on campus is the direct result of the mass killings on the campus of Virginia Tech in 2007. Seung-Hui Cho, a senior at the school, committed suicide after killing 32 people and wounding 17 others in two separate attacks. He had sought treatment for mental illness before the incidents. The mass shootings in Newtown, Conn., where 20 elementary school children and six adults were killed, has elevated the argument. On Monday, the University of Central Florida canceled classes after a student committed suicide by gunshot in his dorm room and improvised explosive devices were found.

The issue of what could happen if college students who are otherwise unstable had access to guns is a concern of Laura M. Bowen, the director of counseling and disability services at Gordon State College in Georgia.

“Students in this heightened emotional state carrying a concealed weapon is a scary prospect for myself and the counselors,” she told a legislative committee in Georgia. “I have concerns about the level of maturity and the ability of the student to make rational decisions when feelings become hurt, they become angry or feel threatened, either a real or perceived threat.”

Thousands of students across the country, however, are lobbying in favor for changes in the gun laws on campus.

Kurt Mueller, 32, the spokesman of Students for Concealed Carry, a nonprofit organization, said university officials who claim that changing the gun laws on campus would make those institutions “less safe” are off base. “Police already arrive at crime scenes and they have to determine the good guys. The odds of there being that type of mistake are slim.”

Mueller argues that allowing guns on campus makes a college campus safer. In states such as Colorado, where the concealed weapons are permitted, “there hasn’t been a single student who has misbehaved or caused a disruption,” Mueller said.

His organization has some 27,000 followers on Facebook. Mueller said they host lobbying campaigns at state capitols and annual events where students walk around campuses carrying empty gun holsters to promote their cause.