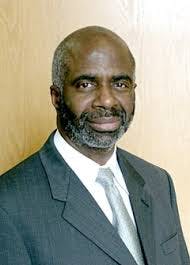 TALLAHASSEE, Fla. — A bid by Florida A&M University to stamp out hazing after the death of a marching band drum major is coming under fire from some students who maintain they have been treated unfairly.

A handful of students, as well as the father of a FAMU student, pleaded last week with the university board of trustees to help them.

“The efforts put forth to eradicate the culture of hazing has gone overboard,” Inita Knox told trustees during a meeting held Thursday on FAMU’s campus.

FAMU made sweeping changes in how it responds to hazing after the November 2011 death of drum major Robert Champion. The family has sued the university, contending it did not do enough to stop the ritual.

A FAMU sorority was investigated for hazing this past February after someone posted a complaint on the university anti-hazing website.

But a report said pledges were forced to do exercise squats and memorize information about sorority members during the gathering, which occurred from 8 p.m. to 6 a.m.

That led to the university decision to dismiss several students from school, some for periods up to five years.

Interim President Larry Robinson, who would not discuss any individual students, said that university officials discovered that the hazing allegations had “some merit.”

Robinson said the university had an obligation to look into what happened even though no criminal charges were filed. While the university would not provide exact details, the school’s new anti-hazing administrator said that 15 students have been dismissed this year so far over hazing allegations.

Knox, a pledge of Delta Sigma Theta, passed out during the session and was eventually interviewed by police. She told trustees that she had a heart condition and that she had tried to hand over that information to university officials but that she and other pledges had been given the “runaround.”

Reggie Sylvain drove from Atlanta to also complain to trustees. He told them that his daughter had been dismissed from school even though she was scheduled to graduate in a few weeks. Sylvain refused to talk to reporters after he addressed the university board. Another student said the experience has been a “nightmare.”

University trustees did not answer the individual students directly, but they asked university officials to talk one-on-one with the students within the next day.

The university does have a process for dismissed students. If they are asked to leave campus, the student must request an emergency hearing within five days of receiving a dismissal letter. The dismissal, however, does not become final until after an evidentiary hearing is held.

Champion collapsed and died in Orlando after what prosecutors say was a beating during a hazing ritual. It happened on a bus parked in a hotel parking lot after FAMU played Bethune-Cookman in their annual rivalry football game.

Authorities said Champion had bruises on his chest, arms, shoulder and back and died of internal bleeding. Witnesses told emergency dispatchers the drum major was vomiting before he was found unresponsive aboard the bus.

Band members have been charged in connection with Champion’s death. The fallout included the abrupt resignation of FAMU President James Ammons last year.

The Marching 100 band has been suspended since then. Robinson has said he will decide by May whether or not the band will be back on the field in time for the 2013 football season. The university this week interviewed two finalists for the position of band director.