Fewer African-Americans Playing Baseball at HBCUs Due to Economics, Opportunities 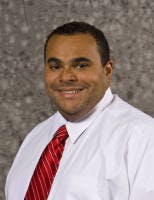 Bethune-Cookman assistant athletic director Bryan Harvey says a college baseball team’s racial makeup depends on connections that the coaches have prior to coming to a specific school.

Last weekend, millions of people packed movie theaters to see 42, the long awaited biopic based on the life of Jackie Robinson. More than 55 years after breaking Major League Baseball’s color barrier and over 40 years after his death, Robinson’s story of rising above racism both on and off the baseball diamond generally is viewed as one of the highlights of the 20th century.

Away from the flashing lights of Hollywood, down the East Coast and throughout the South, historically Black colleges are still competing in baseball, just as they did in Robinson’s day. But the state of HBCU baseball has changed dramatically, even within the last quarter-century.
Although Robinson completed his storybook college athletic career at the University of California at Los Angeles (UCLA), Black student-athletes in his time were almost exclusively limited to Black colleges. Even as Black athletes began to participate in sports in majority institutions in the 1960s, ’70s and ’80s, White athletes were slow to filter into HBCU sports. That’s still the case in 2013, but baseball is one of the exceptions to that rule.
A 2012 article in the Raleigh News & Observer noted White players made up a majority of the baseball players in the Mid-Eastern Athletic Conference. The article states that White scholarship players outnumber Black scholarship players 74-59, a staggering number for a conference made up exclusively of HBCUs. By contrast, the other MEAC sports had just a total of 62 White athletes on scholarship.
Bryan Harvey has seen the transformation first hand. As a student in the ’90s, he says the majority of players at HBCU teams were African-American. Now an assistant athletic director at Bethune-Cookman, Harvey says there are logical reasons for the change in the makeup of HBCU baseball teams.
According to Harvey, the makeup of the roster for any team is heavily tilted toward connections that the coaches have prior to coming to a specific school.
“I think it has to do moreso with coaches recruiting in their comfort zones,” he said.
Harvey used his school as an example. In the late 1990s, Bethune-Cookman was coached by Richard Steele, a Black man. Steele was replaced by Mervyl Melendez, who hails from Puerto Rico.
“Melendez recruited his comfort zone, which was Puerto Rico,” said Harvey.
A look at the roster of Melendez’s current team, Alabama State University, shows that 10 of his players are from Puerto Rico.
In fact, it’s not just the makeup of the teams that provide insight to the state of HBCU baseball. It’s the number of teams that participate in the sport. The MEAC has 13 member schools from Delaware to Florida. Four of those 13 teams — Hampton, Howard, Morgan State and South Carolina State — do not field baseball teams.
Harvey said while there are several factors for the lack of baseball programs at these schools, the primary reason is economics. Hampton, Howard and Morgan State are all located in areas with longer winters compared to states like Florida, Alabama and Georgia.
Northern schools that do compete in baseball, often have to spend a large portion of their season playing teams in the South, increasing travel cost. For example, Delaware State, currently in first place in the MEAC, spent the first two weeks of its season playing in North and South Carolina.
“We’re fortunate to be in Florida, so we can play year-round,” Harvey said of BCU.
Also, because they are situated in urban areas, many of the schools that do not field teams are also limited to space for creating new facilities.
“It’s an expensive sport,” Harvey said. “It’s not like playing basketball, where you just need a pair of sneakers and a goal.”

Ultimately, Harvey sees the changes in HBCU baseball as a sign of the times. He said that while it’s true fewer African-American’s are playing the game than in the past, part of the reason HBCUs have such a large number of White and Hispanic players is that Black athletes have more opportunities at majority institutions.

“It’s not like African-American’s aren’t playing baseball,” he said. “They’re just not all going to HBCUs.”