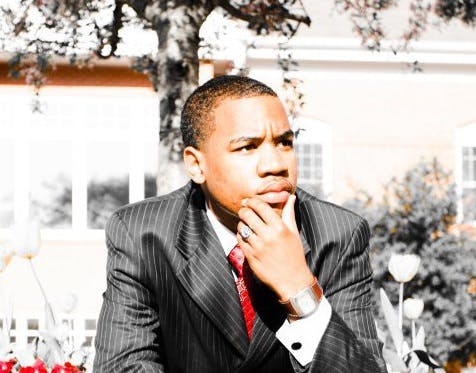 Anre’ Washington, Student Government Association president at Morehouse College, said the Senate’s failure to enact any gun legislation that was considered on Wednesday “was a failure of leadership in Washington.”

Among the institutions looming large in the public debate over gun control legislation, colleges and universities have become highly contested ground as gun rights advocates have pressed for laws in a number of states to allow individuals to carry concealed firearms on campuses. In the buildup to this week’s gun control legislation showdown in the U.S. Senate, which failed to enact any new gun control measures, college students at American college and university campuses let it be known where they stood on the issue.

On Tuesday, students marked the sixth anniversary of the Virginia Tech massacre with events at 10 campuses in eight states and in Washington that urged support for Senate legislation to expand modest gun control measures.

Key results from the survey show that:

2)            Millennials oppose guns on college campuses and in classrooms. By a 64 percent to 31 percent margin, younger voters don’t believe that teachers in public school classrooms should be allowed to carry firearms, as do 58 percent to 36 percent of voters 30 and older. But they are even more adamant that they don’t want to be on college campuses where students are carrying firearms. Just 19 percent of voters younger than 30 said they would feel safer on a college campus where students were allowed to carry firearms. An overwhelming 75 percent said that it would make them feel less safe, and voters 30 and older share this attitude.

3)            Younger voters are more likely to see gun culture as out of control. Seventy percent of registered voters under the age of 30 agree with the statement that “after the mass killings at colleges, high schools, movie theaters and now elementary schools, the gun culture in our society has gotten out of control.” Among voters 30 and older, 59 percent agreed.

5)            Younger voters trust police chiefs, emergency room doctors and also President Obama. Voters under the age of 30 see police chiefs and emergency-room doctors as the most trustworthy messengers on the issue of gun violence. Eighty-three percent say they trust emergency room doctors either ‘a lot’ or ‘somewhat,’ and 84 percent say that about police chiefs. Mayors are also a trusted source for young voters — 67 percent — as is President Obama. Overall, 56 percent of Americans say they trust the president on this issue, but that number jumps to 66 percent with voters younger than 30.

At the Bronx Community College, a public forum drew an audience of 250 students, faculty and community members last week to discuss and debate solutions to gun violence.

“[Sandy Hook] triggered this conversation, but those of us who live in the Bronx are no strangers to the senseless killing of innocent people. One of the goals here is to broaden the conversation on urban gun violence,” Bronx Community College (BCC) president Carole Berotte Joseph told the New York Daily News.

BCC student Massiel Santos told the New York Daily News “[the forum] made [her] want to get involved” in eradicating urban gun violence. “I want to fight for gun control,” she said.

Despite the Senate setback, Anre’ Washington, the Student Government Association president at Morehouse College, said he has seen a determination among schoolmates and students at nearby campuses to fight the imposition of policies that contradict the popular will — namely a concealed weapons law legislators have attempted to pass in the Georgia legislature even as polls have indicated a majority of Georgians opposed it. On Tuesday, Morehouse students convened a forum at which the Senate legislation was discussed.

“We, as the rest of the country, believe that background checks would be a good first step in controlling who has weapons. There should be greater regulation,” Washington said.

Washington expressed personal disappointment the Senate failed to enact any of the legislation that was considered on Wednesday. “There was a failure of leadership in Washington,” he said.