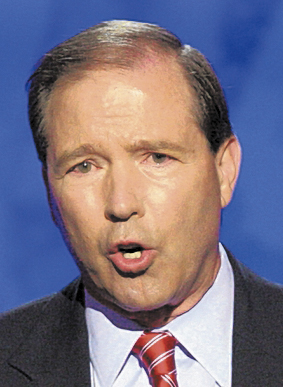 Sen. Tom Udall, D-N.M., said students “expected more of us, and I share their disappointment.”

WASHINGTON — Senate Democrats on Wednesday failed in a bid to restore lower interest rates on student loans, again coming up short and perhaps signaling that undergraduates might really face rates twice as high as the ones they enjoyed last year.

The proposal from Democratic leaders would have left interest rates on subsidized Stafford loans at 3.4 percent for another year while lawmakers took up a comprehensive overhaul. The one-year stopgap measure failed to overcome a procedural hurdle as Republicans and a few Democrats urged colleagues to consider a plan now that would link interest rates to the financial markets and reduce Congress’ role in setting students’ borrowing rates.

The competing proposals failed, and lawmakers said students would face higher costs to repay their loans after graduation.

“Today our nation’s students once again wait in vain for relief,” said Sen. Tom Udall, D-N.M. “They expected more of us and I share their disappointment.”

“Today, we failed. And our nation’s students pay the cost of that failure,” he added after the vote.

The failure to win a one-year approval combined with little interest in such a deal in the Republican-led House meant students would be borrowing money for fall courses at a rate leaders in both parties called unacceptable.

The rate increase does not affect many students right away; loan documents are generally signed just before students return to campus, and few students returned to school over the July Fourth holiday. Existing loans were not affected, either.

However, absent congressional action in the coming weeks, the increase could spell an extra $2,600 for an average student returning to campus this fall, according to Congress’ Joint Economic Committee.

During last year’s presidential campaign, lawmakers from both parties voted to keep interest rates on subsidized Stafford loan at 3.4 percent. Yet this year, without a presidential election looming, the issue seemed to fizzle, and the July 1 deadline passed without action.

The White House and most Democratic senators favored keeping the rates at 3.4 percent for now and including a broad overhaul of federal student loans in the Higher Education Act rewrite lawmakers expect to take up this fall.

“It’s not just what rate. It’s how do we keep college costs in check?” said Sen. Jack Reed, a Rhode Island Democrat who pushed for the extension measures. “It will allow us to work through a very complicated set of issues.”

The Republican-led House has already passed legislation that links interest rates to financial markets. Republicans in the House were opposed to a one-year extension, meaning Wednesday’s Senate vote might not have meant much relief for students even if it had passed.

Efforts to find a compromise went nowhere, as well. Democratic Sen. Joe Manchin of West Virginia worked with the top Republican on the education panel, Sen. Lamar Alexander of Tennessee, to write a bipartisan bill that closely follows the GOP bill. That bill incorporated an idea that originally was included in President Barack Obama’s budget to link interest rates to the financial markets before he distanced himself from it.