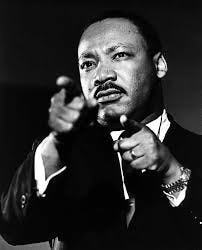 Arizona State University archivists say the tape is the only known recording of speeches Martin Luther King Jr., given at the university and at a Phoenix church in June 1964.

PHOENIX ― Mary Scanlon had no idea a $3 purchase from a Goodwill store in Phoenix would turn out to be a rare link to the civil rights movement’s most revered leader.

Last April, Scanlon was at the thrift store when she spotted a pile of 35 vintage reel-to-reel tapes, including one labeled with the Rev. Martin Luther King Jr.’s name. Despite the moldy and torn packaging, she snapped up all of them.

“I didn’t really necessarily have any expectation that this tape would be rare,” Scanlon said.

Arizona State University archivists have found that tape is the only known recording of speeches the slain civil rights leader gave at ASU and at a Phoenix church in June 1964. The hour-long audio has since been digitized and is now available for listening on ASU’s website through June 30.

The tape illustrates that King had been eager to visit supporters in Arizona, a state that would draw criticism more than 20 years later for rescinding the Martin Luther King Jr. holiday.

Scanlon, who donated all the tapes to the school, said the find is one of the high points of her life.

“To have anything about myself connected in any way to Martin Luther King, what more could a person ask for? I’m so proud,” Scanlon said.

Rob Spindler, a university archivist and curator, said it’s miraculous that the audio was still intact. When he first spoke with Scanlon, he immediately warned her not to try and play the tape.

“When the material is that old, sometimes you only get one shot to preserve it,” Spindler said.

The tapes were taken from the Ragsdale Mortuary, which was owned by Lincoln Ragsdale, a civil rights leader in Phoenix who died in 1995, Goodwill employees said. Spindler sent the tapes to a company in Kentucky to copy them to a digital format. On May 17, Spindler, Scanlon, a university librarian and two ASU professors who have researched King gathered to listen to the recording for the first time. Hearing King’s voice brought most of them to tears.

“It answers a question we’ve had for decades,” said Spindler, who believes it was King’s first public appearance in Arizona. “What did Martin Luther King say to us that night and how did he arrive here in Phoenix? Now we have a much better idea of those things.”

Arizona was the last stop on a West Coast tour King had been doing, Spindler said. The university and the local chapter of the NAACP worked to get the preacher to come. About 8,000 people attended the June 3 speech at Goodwin Stadium that started about 8 p.m. In his remarks, King focused on the Civil Rights Act, which at the time was stuck in a filibuster in the U.S. Senate.

Keith Miller, an ASU English professor who has written two books on King, said King’s visit affirmed the importance of Arizona’s African-American community. While African Americans made up about 2 to 3 percent of the state population, there was an active group in Phoenix that conducted sit-ins and protests, Miller said.

The afternoon before the ASU event, King spoke for five minutes to the Black community at Historic Tanner Chapel African Methodist Episcopal Church, Phoenix’s oldest African-American church. He tells the audience being in Arizona is “a privilege” and that he had “longed to come here for a long, long time.” He also says his remarks will be brief because of illness but jokes, “Briefness is always a magnificent accomplishment for a Baptist preacher.”

“I think this complicates the whole national narrative of the image of Arizona being anti-King because of the vote in Arizona on the King holiday,” Miller said.

The fraternity says 16 of 125 members of the ASU chapter attended the event but those 16 face suspension or expulsion from the frat. In a statement issued Friday, the Beta Xi chapter of the TKE fraternity apologized for the “offensive and racially insensitive conduct” of the members who attended the party.

“It was really disappointing that terrible event overshadowed this great history, at least for a moment,” Spindler said. “Somebody posted on Facebook they should make those kids listen to the recording and write an essay about it. I think that’s a good idea.”