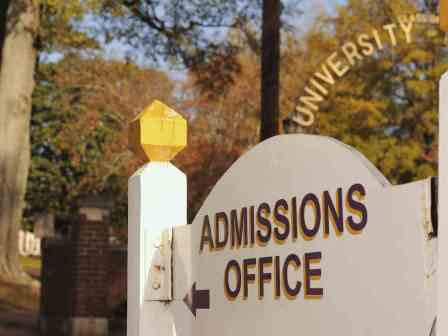 SEATTLE—Low-income kids who participate in Washington’s College Bound scholarship program are going to college at nearly the same rate as their richer classmates and well ahead of other poor children who did not sign up, according to a new report released Monday.

The scholarship program seems to encourage higher than expected college enrollment and continued college attendance, according to a report by The BERC Group, which was hired by College Spark Washington and the Bill & Melinda Gates Foundation to assess the effectiveness of the program. The program only requires low-income students to sign a pledge to stay in school, keep their high school grade point average at 2.0 or above, and stay out of trouble. Students get the scholarship if they meet those requirements and the low-income threshold when they graduate.

The researchers could not yet be certain, however, if this trend will continue or if it could be caused in part by other factors, because they were only studying the first group of students to use scholarships from the program. They looked at students at 55 high schools across the state.

Washington middle school students who are eligible for free- or reduced-price lunch are invited to sign up for the College Bound scholarship program before high school.

A high school program that helps students make sure they are taking the right classes and doing other things to prepare for college, Navigation 101, also was found to have a strong influence on college attendance. And when College Bound students also benefited from Navigation 101, their college enrollment numbers were even higher.

College Spark Washington, which supports both programs, was enthusiastic about the results.

“I was really shocked and happy that it was that effective,” said Heather Gingerich, senior program officer at College Spark Washington.

From 2007 to 2013, more than 150,000 students have signed up for the College Bound program and participation as a percentage of eligible students has been growing.

A representative of the Washington Student Achievement Council, which runs College Bound, was pleased with the study’s results and promised further research on the program’s effectiveness as more classes graduate.

“There’s some early indication that the program is quite successful,” said Rochelle Sharp, senior director for student financial aid and support services at the Washington Achievement Council.

Lawmakers are considering a bill to assess the scholarship program’s long-term financial viability, and other researchers are taking a closer look at data on the graduates, Sharp said.

Gingerich said she was happy that so many students in the College Bound program said their participation motivated them to take harder classes and put more effort into their high school studies.

“I think one of the keys was the early promise,” said Candace Gratama, vice president of the BERC Group and one of the researchers for this study.

She found the additional findings about Navigation 101 informative. Students told the researchers they needed that extra push to take college preparation classes and stay in school, Gratama said.

“There are many students this impacted that were not on the path to go to college,” Gratama said. “It is early to say the College Bound scholarship caused that to happen. We will know more in future cohorts.”