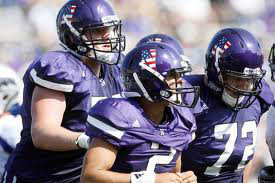 INDIANAPOLIS ― The NCAA contends that unionization by college athletes could lead to fewer scholarships and championships as well as a drop in academic support and career counseling.

This document includes some traditional points of emphasis for the NCAA — that school leaders want athletes to focus on their classwork, the NCAA has liberalized rules to allow athletic departments to purchase items such as suits and members continue to work on legislation to provide money to cover the full cost-of-attendance.

But the NCAA also warned that “scholarships would be cut or eliminated. The number of championship experiences would be dramatically reduced. Smaller sports would lose funding.”

It also said support services such as academic support, career counseling and tutoring could all be “cut significantly or eliminated.”

“Do we really want to signal to society and high school students that making money is the reason to come play a sport in college, as opposed to getting an education, which will benefit you for a lifetime?” the NCAA memo reads. “That’s not the message I want to send.”

The talking points were issued as the National Labor Relations Board weighs a decision by a regional NLRB official clearing the way for football players at Northwestern to form what would be the nation’s first union for college athletes. The NCAA, Big Ten Conference and Northwestern all oppose the move, and the school has appealed.

A player vote is planned on April 25 and the topic has dominated college athletics for weeks amid speculation that the effort, along with antitrust and other lawsuits against the NCAA, could change the very nature of amateur sports.

The NCAA said the talking points were provided as a guide or starting point for school officials to share their own views.

“As a membership organization, it is our responsibility to provide accurate and timely information on matters impacting college sports,” spokeswoman Stacey Osburn said Monday in an email. “Our members requested facts and data on pay-for-play because there was so much misinformation in the media, based in part on public statements from those who are advancing the union movement and those who have brought suit against the NCAA.”

NCAA president Mark Emmert has been a longtime opponent of a pay-for-play proposal for college athletes, repeatedly pointing out the complexity it would create for Title IX compliance and whether a starting quarterback should be “paid” more than a backup kicker or a volleyball player. Just last week at the Final Four, Emmert expressed concern about unionization, too.

This document, however, urges school leaders to join the debate by discussing other potential problems.

“While advocates of professionalizing college sports make their arguments seem simple, they’re not,” according to the document. “The negative impact of turning these students into paid employees would be vast.”

Emmert has supported legislation that would provide money beyond the allowable limits for tuition, room and board, books and fees and a provision to give athletes access to as much food as other students on campus as well as unlimited snacks in and out of season.

This document reiterates those points.

“Our members believe in addressing some of the legitimate concerns that critics have raised, like providing the full cost of attendance ― to help pay for that trip home or to grab a movie and dinner ― particularly for those students with limited economic means,” it said.

But overall, the NCAA is opposed to unionization and is asking school leaders to speak with a unified voice.

“Yes, we need to re-evaluate some of the current rules,” the document said. “But completely throwing away a system that has helped literally millions of students over the past decade alone attend college is absolutely not the answer.”