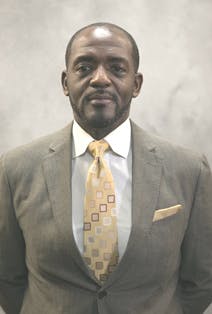 A judge said that a campus police investigation of former interim band director Derrick Yates shortly after he filed an EEOC claim could possibly be seen as retaliatory action by Alabama A&M.

The former interim band director who was denied promotion and tenure at Alabama A&M University has no factual grounds for a gender bias allegation but still can pursue a retaliation claim based on his EEOC charge, a federal judge has ruled.

Johnson said Yates failed to show that the university treated him differently from a female colleague.

But Yates doesn’t have to prove that his underlying bias claim was valid to show that the university retaliated again him, she said.

According to the decision, Alabama A&M hired Yates in 1997 as adjunct coordinator of logistics and band equipment. In 2001, he became a full-time tenure-track music instructor and assistant band director.

He first applied for promotion and tenure in 2008 and was rejected for insufficient “scholarly productivity.”

His suit didn’t allege any discrimination in that process or decision by the campus president.

When he reapplied in 2010, the new provost told him that his dossier demonstrated “peer-reviewed, scholarly works,” the suit said, and his departmental and school committees recommended tenure. Ultimately, however, the application was denied on the same basis as his first one, insufficient scholarship.

Citing a female instructor of pottery who was promoted with tenure, he filed an EEOC complaint and accused the university of retaliation. Specifically, he said the university had reinstated band scholarships that he’d reduced for disciplinary reasons, investigated him for alleged financial irregularities and failed to consider him for permanent director of bands.

Alabama A&M terminated Yates in 2013. He is now director of bands at Stillman College.

In her decision, Johnson wrote that the female pottery faculty member’s situation was not comparable and didn’t demonstrate illegal gender discrimination.

As for retaliation, Johnson said, the decision to reinstate scholarships ― even if it undermined Yates’ authority to maintain discipline ― wasn’t an “adverse” employment action.

However, the campus police investigation within a few months of the EEOC complaint could be considered retaliatory, she said. “The fact that Yates was ultimately found to have done nothing improper does not lessen the effects of having a formal investigation into his business practices openly and publicly undertaken,” she said.

The university failed to offer “a legitimate, non-discriminatory reason” for not selecting Yates as permanent band director, Johnson said, and both the provost and the vice president for student affairs “were unable to articulate any reason that he was not considered.”

The chief diversity officer at Gallaudet University in Washington, D.C., has lost a discrimination and retaliation suit that blamed her temporary suspension and demotion on the fact that she signed a petition against gay marriage.

McCaskill is deputy to the president and associate provost for diversity.

According to the decision, the controversy arose when a co-worker criticized McCaskill for signing a church petition that opposed same-sex marriage in Maryland. The co-worker and the co-worker’s partner also allegedly disclosed McCaskill’s action to a gay rights website.

The suit contends that McCaskill unsuccessfully complained about the co-worker’s behavior to the campus president and that the university placed her on administrative leave with a demotion and cut in her office’s budget.

She was restored to her position early last year.

In his ruling, Boasberg found no evidence to support the discrimination claims.

“She does not allege any facts here that could allow a jury to conclude that Gallaudet took prohibited actions because of her membership in any of her claimed protected groups,” he wrote.

For example, “there is no factual allegation that her religion somehow prompted her suspension and demotion. Although it may be true that McCaskill signed the petition because she is a Christian — and that the co-worker approached her for the same reason — the university cannot be guilty of discrimination on that basis.”

And although McCaskill asserted that an unidentified Gallaudet employee “wrote her a nasty letter” that included a racial epithet, “she does nothing to tie this incident to the university’s personnel decisions. Nor does she make any coherent argument that her marital status or sexual orientation, as opposed to her views about other people’s home lives, prompted the university to act,” Boasberg said.