Beverly is the assista 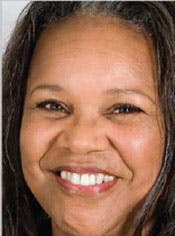 nt vice president for student affairs and executive director of athletics and recreation at The College of New Jersey. Previously, she was director of athletics and physical education at Vassar College. In 2010, Beverly was named Eastern Collegiate Athletic Conference Woman Administrator of the Year. A student -athlete on Queens College’s women’s basketball team, she played professionally in Europe and with the New Jersey Gems before entering academia. She earned a Ph.D. in leadership for higher education in 2010.