From Classroom to Community, Professor Advocates for Social Justice 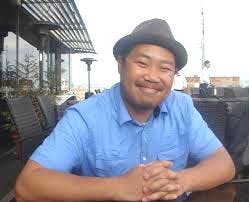 Dr. Matthew Lee focuses on the psychology of minority status and the effects of diversity-related coursework on improving attitudes among students.Dr. Matthew Lee’s career path in academia has been largely influenced by what he calls “a deep sense of social justice.”

As an assistant professor of psychology at James Madison University, Lee heads the Cultural and Racial Diversity Studies Lab, which examines areas related to racism, sexism and transphobia, or the fear or hatred against the transgender community.

Lee, who has a Ph.D. in clinical/community psychology from the University of Illinois at Urbana-Champaign, specifically focuses on the psychology of minority status and the effects of diversity-related coursework on improving attitudes among students. He discusses his cutting-edge scholarship and research not just as an academician, but as an activist.

“Political psychology is my background, and as I was learning diagnosis and treatment, I was thinking, professionally, how can I be an agent of change in the system and use the skill that I have to improve some outcome in the community?”

That outcome, Lee says, may be reducing depression or anxiety within the Asian American community or in other communities.

“I really thought my skill base was best suited for the classroom, so I wanted to develop a study where I could build a classroom intervention to see if it could benefit any student … who took that class,” explains Lee.

While in graduate school, Lee worked in student affairs as a graduate assistant, responsible for developing programs that would promote and empower Asian American students. He noticed that they were overlooked and underrepresented in student leadership positions. That led to his dissertation research on how educational interventions can improve and foster more positive identity.

The goal, says Lee, was to identify what kinds of psychological outcomes could be derived from participating in such coursework. The findings included enhanced cross-cultural communication and an improved ability among students to make friends. Lee says his findings were consistent with other research.

“Maybe other instructors at other universities could find out about this work and try to replicate similar kinds of classroom intervention,” says Lee, adding that other published works in the last 10 years show that these kinds of classes are beneficial.

In April, Lee attended a conference at SUNY Farmingdale, where he conducted a workshop on the topic “Teaching About Transgender Issues in Psychology Classes.”

“What we’re trying to do in the lab is figure out what kinds of classroom intervention can help students have more accurate information and maybe increase empathy, or even [help students] become advocates, and decrease hateful and aggressive thoughts against this community,” he says.

Lee credits Dr. Keith Maddox, an associate professor of psychology at Tufts University, with inspiring some of his research, although the two have never met. Maddox is also director of the Tufts University Social Cognition Lab, which, according to its on-line description, researches social cognitive aspects of stereotyping, prejudice and discrimination.

Maddox’s work explores how the stereotypes of African-Americans are based on a variation in skin tone and other phenotypic characteristics, “so I’m trying to see if it is also true for Asian Americans,” says Lee.

As an example, Lee says his own research has found “a number of very interesting relationships between certain physical features and some of the experiences [students] had, in particular, things like wearing glasses … the students are reporting more harassment due to a nerdy stereotype,” he notes.

Lee says he has also been influenced by his mentors, particularly Dr. Richard Lee, a psychology professor at the University of Minnesota, who has served as president of the Asian American Psychological Association. Richard Lee speaks highly of Matthew Lee’s pedagogy and mentorship of students.

“What has impressed me the most about Matt is his dedication to his students,” says Richard. “Matt is one of the few faculty who makes sure to invite and involve undergraduate students in presenting research at the annual Asian American Psychological Association convention. His students are always well prepared, very knowledgeable about the study and very passionate about the research. I am often surprised to learn that they are undergraduate students.”

Now in his sixth year at James Madison and seeking tenure, Lee has been published in AAPI Nexus Journal: Policy, Practice and Community, Psychology of Women Quarterly, and Cultural Diversity & Ethnic Minority Psychology.

This summer, he will be teaching a study-abroad course in Germany and Poland about the psychology of ethnicity and ethnic conflict.