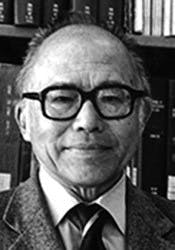 Dr. Chin Long Chiang, who had been battling pancreatic cancer, died in April at his Berkeley home about seven months shy of his 100th birthday.

A memorial service is scheduled for Saturday for a University of California, Berkeley biostatistician and a statistician of public health who was a pioneer and world leader in his field, yet never forgot the modest roots from which his career was born.

Dr. Chin Long Chiang, who had been battling pancreatic cancer, died in April at his Berkeley home about seven months shy of his 100th birthday. A professor emeritus in biostatistics, Chiang taught for 40 years at the university where he’d earned two graduate degrees.

Chiang’s use of statistics helped transform the health care field, impacted analyses of public health issues and underscored why biostatistics deserved to become its own discipline.

Born in China, Chiang earned his bachelor’s degree in economics, although his passion lay in statistics. At a time when countless young men had already joined the Chinese army, he and his wife came to the United States in 1946 with other students on a warship that had been reconfigured into a passenger vessel.

Although they gained admission to East Coast universities, they fell in love with northern California and chose to settle there. At the time, UC Berkeley lacked a statistics department and only had a statistics laboratory within the math department.

Chiang earned his master’s degree in 1948 and Ph.D. in 1953, both in statistics, and he worked as a research assistant at UC Berkeley’s statistics lab. But, along the way, he and his wife, who was also a graduate student, ran out of money. In a stroke of luck, Chiang won an $800 fellowship that allowed him to finish his studies rather than return to China. Years later, as a sign of gratitude, he established a scholarship fund to aid needy graduate students in the university’s public health school.

As a young faculty member at UC Berkeley in the 1950s, Chiang’s teaching load included a course about life tables, which attempt to gauge life expectancy and mortality rates. Ironically, he was unfamiliar with life tables. So he reconstructed the subject based on the mathematical point of view with which he was comfortable, Chiang recalled in a 1998 oral history interview for the journal Statistical Science.

He began applying statistical methods to the study of diseases. One of his key accomplishments was developing a statistical method that could be applied to life tables. He applied such methods to cancer rates, AIDS and other diseases, making the life table a reliable tool in better understanding the health of a state, country or other segment of a population. Consequently, life tables became more accurate and valuable in health care.

Chiang became a consultant to agencies — the World Health Organization and the National Institutes of Health were two examples — grappling with questions over the health of different populations.

“It was absolutely groundbreaking at the time,” Selvin said, calling Chiang’s work on survival data “ahead of its time.”

He also made significant contributions in the fields of survival analysis and competing risks, basing his work on studies of mathematical models known as stochastic processes. He wrote five books and was a visiting professor at Harvard, Yale, Emory and Peking universities, the University of London and other institutions. Along the way, he became chairman of the biostatistics division at UC Berkeley’s public health school.

Upon his 1987 retirement from the university, officials there gave Chiang the Berkeley Citation award for his achievements. He continued to teach, and photos accompanying his Statistical Science interview show him lecturing in classrooms past the age of 80.

Dr. Nicholas Jewell, a UC Berkeley biostatistics and statistics professor whom Chiang recruited in 1981, called him “a major figure” in the development of the biostatistics discipline in this country.

“He was the supporter and champion of a generation of faculty and students,” Jewell said.

For more than a decade, UC Berkeley has given an annual award named for Chiang to honor a biostatistics student for outstanding research.

However, Chiang wasn’t above assisting people with everyday conundrums. Once, he received a phone call from a sympathizer of a nearby Oakland sperm bank, Chiang recounted in the interview for Statistical Science.

It turned out the Oakland organization was struggling to attract sperm donations at a time when a Los Angeles counterpart had advertised that it was soliciting donations from Nobel Prize winners, geniuses and other highly accomplished men. The Los Angeles sperm bank exuded an attitude suggesting that only geniuses could beget more geniuses. So the caller wanted to know if Chiang could suggest statistical methods to prove that the Oakland organization’s sperm could just as easily produce a genius.

The professor lifted the caller’s spirits by merely pointing out the rarity of Nobel Prize winners having Nobel-winning parents or children.

Chiang is survived by a daughter, son, two daughters-in-law and two grandsons. His wife and another son preceded him in death. Saturday’s memorial service will take place in Berkeley.

Memorial donations may be sent to the Chin Long Chiang Graduate Student Support Fund, c/o UC Berkeley School of Public Health, 417K University Hall, Berkeley, Calif., 94720-7360. Checks should be made payable to the UC Berkeley Foundation with the name of the graduate student fund written on the check.