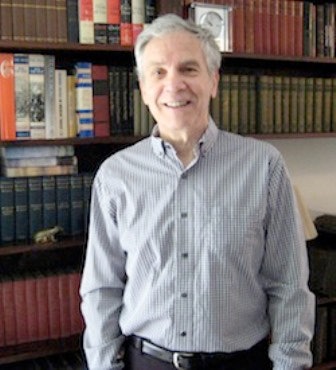 Gene Maeroff is the author of “Reforming a School System, Reviving a City: The Promise of Say Yes to Education in Syracuse.”Nashville, Tenn. — If you’re looking for a way to turn things around in a floundering small to mid-sized city, then try to garner whatever economic resources are necessary to establish a citywide college scholarship program such as those in Pittsburgh, Syracuse and Kalamazoo.

That was the heart of the message delivered during a panel discussion Sunday at a national seminar of the Education Writers Association.

The message—which arrived by way of journalists who have covered the citywide scholarships initiatives in their respective locales—came with a few caveats, though.

One caveat is that the promise of free or reduced tuition doesn’t always lead to the same degree of success for all students, so there may be a need for additional efforts to make sure all students are prepared to take full advantage of the scholarships being offered.

Another caveat is not to expect success overnight.

“This is long-term stuff,” said Gene Maeroff, author of the recently-released book, “Reforming a School System, Reviving a City: The Promise of Say Yes to Education in Syracuse.”

“You have to have patience and know that it’s not instant,” said Maeroff, who tracked the Say Yes to Education initiative in Syracuse, which offers a free college education to all of the city’s high school graduates provided they maintain a 2.0 GPA in college, from 2009 through 2013 to write his book.

“It means if schools can be more attractive, then real estate in the city becomes more attractive and people will pay more to live there because they won’t have to pay for college for their kids,” Maeroff said, echoing a statistic on the organization’s website that indicates home values in Syracuse have risen 3.5 percent since 2009.

“It means that an educated workforce is being produced,” he added. “Business and industry will find this locale more attractive, juvenile crime can be reduced, and, finally, you have a more educated population.

“It means you have to spend less money on social services because there’s less of a need for it. And if you think about small and medium-size cities, especially throughout the northwest and midwest (that) are in this rustbelt and postindustrial age, they’re floundering, the cities are floundering and the school districts are; this could provide a kind of incentive that would be of interest to almost any urban locale.”

Though Maeroff spoke mostly positive about Say Yes to Education’s impact in Syracuse, a murkier picture has emerged in other areas.

For instance, earlier this year, the American Institutes of Research, or AIR, a D.C.-based behavioral and social science research and evaluation organization, found that Say Yes to Education in Syracuse came up short when it came to useful data.

“From the project’s initiation … many conditions for productive data use were not in place in Syracuse,” one AIR paper from February 2014 states. “Information system challenges and decisions about use of data became powerful barriers and, despite efforts to share data, various partners did not become fully engaged, nor were they able to reap the benefits anticipated in the data work.”

Julie Mack, an education writer at the Kalamazoo Gazette, said the Kalamazoo Promise, which is considered the “grandaddy” of contemporary place-based scholarship programs, has had some promising results, such as an increase in high school graduation rates and a decrease in juvenile crime.

The problem, Mack said, is that it’s difficult to decipher whether there’s a causative effect between the Kalamazoo Promise and the trends of more high school graduates and less juvenile delinquency in her city.

And not all students who go to college through the Kalamazoo Promise stay in college.

“A lot have gone and flunked out,” Mack said.

One of the more upbeat stories came from Eleanor Chute, education reporter at the Pittsburgh Post-Gazette.

The story was about a young man named Jahmiah Guillory, who comes from a family of eight children and started his senior year in high school with a 1.7 GPA.

Guillory—who turned things around once he learned about the Pittsburgh Promise (which initially offered $20,000 to students for college and now offers $40,000)—graduated from Penn State University, where he majored in petroleum and natural gas engineering and was set to start an engineering job shortly thereafter.

Chute says the story of Guillory should be recalled whenever there are doubts about underperforming students’ ability to persist in college.

“But if you look at the overall numbers, there’s definitely a lot of kids where … they were grade levels behind before [hearing about the scholarships] and there’s still a group of kids that this hasn’t changed for,” she said.

For these students, Mack added, scholarship programs are “not much of a carrot.”