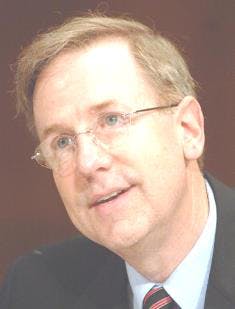 Affirmative action opponent Roger Clegg said that he was glad that the panel reached a decision on the merits of Fisher’s case and that they didn’t deny her standing in the lawsuit.
When federal judges on Tuesday upheld the University of Texas’ use of race as a factor in college admissions, the decision sent two important signals. To proponents of affirmative action, the ruling was confirmation that diversity, particularly race and ethnicity, in education is an essential and constitutional goal. To the opponents who have waged a six-year battle to end the consideration of race, the decision means the fight will go on — again.

The 2-1 ruling by the U.S. Fifth Circuit Court of Appeals in Fisher vs. The University of Texas at Austin was just the latest in a series of decisions resulting from orchestrated attacks on the use of race in college admissions. The latest decision also follows a Supreme Court ruling in April that upheld Michigan’s voter-mandated ban on affirmative action.

Leticia Smith-Evans, interim director of the education practice of the NAACP Legal Defense and Educational Fund, said the organization will continue to advocate for inclusive school environments at all levels of higher education and that students have access to higher education. The NAACP LDF has represented the Black Student Alliance at the University of Texas and the Black Ex-Students of Texas in the Fisher case.

“We were pleased with the court of appeals decision, which we believe is consistent with prior Supreme Court precedent,” Smith-Evans said. “[That precedent] says that diversity is a compelling interest in higher education.”

The Texas case began in 2008 when Abigail Fisher, a White student from the Houston suburbs, sued the university, claiming she was denied admission because of her race. Fisher failed to gain entrance to the state’s flagship university under the Top 10 Percent Plan, which automatically awarded slots to every student who was ranked in the top 10 percent of their high school.

Fisher also was rejected under the university’s second-tier holistic review process, which may take into account the applicant’s race or ethnicity, socioeconomic background, life experience, desired major and a host of other attributes. The university argued that race was a “factor of a factor” in that process.

The U.S. Supreme Court ruled 7-1 in June 2013 that the appeals court failed to apply strict scrutiny to the admissions process and remanded it back to the Fifth Circuit.

Edward Blum, the founder of the Project on Fair Representation and architect of this challenge, said in an email Thursday that they will appeal.

Affirmative action opponent Roger Clegg said while he disagreed with the ruling, he found positive points in the decision. Clegg said he was glad that the panel reached a decision on the merits of Fisher’s case and that they didn’t deny her standing in the lawsuit. That they didn’t remand the case to a lower court is also good news, according to Clegg, as was the dissent.

“The fact that the majority ruled against Fisher is not surprising,” said Clegg, president and general counsel of the Center for Equal Opportunity. “We’ve got the same panel that we had the last time around and the same 2-1 split. The judges’ ruling went the way it was expected given the oral arguments in November.”

The main point that Clegg favors in the dissent by Judge Emilio Garza is that the majority of the panel did not define what “critical mass” means. It was in the 2003 Grutter v. Bollinger case that the U.S. Supreme Court ruled that the University of Michigan Law School could narrowly use race as a factor in college admissions in an effort to obtain a “critical mass” of minority students.

“When you think about it, the rationale that the majority buys into is that it’s OK to engage in racial discrimination because there are these educational benefits from having a critical mass of this or that racial group,” Clegg said. “Yet, they never define, in the majority opinion, what the educational values are and what critical mass means, to any degree of specificity.”

Taharee Jackson, an assistant professor and ‎founding faculty member of the Center for Urban Education at the University of District of Columbia, said this decision is essential to aiding in the future success of minority groups who continue to be disadvantaged in today’s society. These decisions allow society to address the systemic denial of education, benefits and opportunity to those with minority status.

“The reason this is so important is that we, in this country, have a current and prevalent problem with the systemic denial of equity to people who are in minority groups,” said Jackson, who holds a doctorate from Emory University. “Once you start ignoring the fact that people are still suffering from injustice and discrimination, you ignore the fact that [inequities] really exist.”