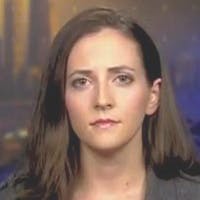 Laura Dunn of the advocacy organization SurvJustice said she hopes the investigation “encourages other students to speak out at their schools.”

BALTIMORE — A federal investigation into Johns Hopkins University was spurred by a complaint about the school’s response to accusations that a woman was gang raped at a fraternity house, according to an advocate who helped file the complaint.

University officials said Tuesday that the school was cooperating with federal investigators looking into whether the school violated the Clery Act, a federal law requiring institutions to notify students of incidents on or near campus posing a threat to student and faculty safety, and Title IX, which bars gender discrimination.

Hopkins spokesman Dennis O’Shea said the university does not have any information on the complaint that prompted the federal investigation. But Laura Dunn, a member of the advocacy organization SurvJustice who helped file the complaint in February, confirmed Wednesday that federal officials told her the investigation is in response to that particular grievance. The Education Department’s Office for Civil Rights sent Dunn a letter on Aug. 8 alerting her to the investigation.

“SurvJustice is very proud of the survivors who spoke out and decided to break the silence,” Dunn said on Wednesday. “Because of their courage, many other survivors at Johns Hopkins decided to join the complaint. I hope it encourages other students to speak out at their schools.”

The students wrote in a letter to the U.S. Education Department that they believe the school was negligent in its decision not to tell students about a reported “drug-facilitated gang rape” that occurred at the Pi Kappa Alpha fraternity house, also known as PIKE, in the spring of 2013.

Johns Hopkins suspended the fraternity for one year in May for failing to meet “the expectations and standards we all set for ourselves as members of the Johns Hopkins community.” The Pi Kappa Alpha International Fraternity spokesman did not return a call for comment.

The complaint includes several internal emails between Hopkins administrators in which they voice concerns about whether to notify students of the attack, even though it took place months earlier.

“We are about 90 days out from the report, and I am growing increasingly concerned about our Title IX obligations as they relate to this case,” wrote Allison Boyle, the school’s Title IX coordinator.

After learning that Baltimore authorities were not planning to pursue the case because of a lack of evidence, Boyle opted not to disclose information about the incident because the school had decided to open its own investigation.

The two students also wrote that there was a “hostile education environment that exists on campus to discourage reporting.”

One sexual assault victim offered her account of how the university handled her rape case as part of the complaint. Identified only as Jane Doe, the woman said she was sexually assaulted in 2009 by her then-boyfriend, another Hopkins student. She said Susan Boswell, dean of student life, discouraged her from reporting the incident and told her that if she opted to participate in a disciplinary hearing she would waive her right to notify police.

Participating in a disciplinary panel does not preclude a student from reporting the incident to police.

The woman also wrote that Boswell told her the “best case scenario” involved switching classes or dorms “but that no student has ever been expelled over sexual assault or had any sort of annotation on their transcript.”

In May, Johns Hopkins issued a statement acknowledging that it knew about the incident and that the decision not to disclose it to the student body “was made after considering relevant facts and legal requirements, and in consultation with the Baltimore police department.”

Johns Hopkins is a private university with nearly 20,000 full- and part-time students. Hopkins is the top recipient of research and development spending by federal agencies and leads U.S. universities in research spending, according to the National Science Foundation.