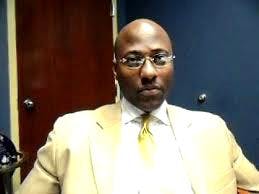 After Laurin Compton and Lauren Cofield, two Howard University undergraduates, were rejected by AKA, their mothers’ sorority, the four women sued AKA and the university last year. As the daughters of two former AKA sorors, Compton and Cofield had legacy status that in theory would have given them a leg up in the selection process. The daughters allege that they were directly and indirectly thwarted from joining the sorority by AKA’s hazing practices, resulting in emotional distress for the children and their parents, as well as other wrongs.

Judge Rosemary M. Collyer handed down her opinion dismissing the plaintiffs’ claims on August 12. Yet J. Wyndal Gordon, the self-styled “Warrior Lawyer,” the plaintiffs’ legal counsel, told Diverse on Tuesday that he intends to pursue the case.

“We most respectfully disagree with the court’s finding,” Gordon said. Gordon plans to first request that the court revisit the decision before continuing with an appeal.

According to court documents, the mothers say they dreamed of having their daughters join AKA, their cherished sorority. Lauren Cofield claims that she chose not to attend Hampton University, her first choice, specifically so she could join AKA’s Alpha Chapter at Howard University. But the daughters allege that their initial attempt to get to know AKA as freshmen went awry on “Ivy Day,” an AKA recruitment mixer held in the spring of 2010. The girls were allegedly forbidden from wearing pink and green, AKA’s colors; discouraged from fraternizing with non-sorors; and verbally harassed.

They subsequently reported the hazing, only to find themselves “ostracized” by the sorority when they returned as sophomores. In the spring of the daughters’ sophomore year, AKA was suspended from recruiting new members for two years during an investigation of its hazing practices, making it impossible for Compton and Cofield to rush the sorority until they were seniors.

For its part, AKA argued that it had no ability to include the two undergraduate women in their 2013 intake process because of the memberships caps imposed on AKA’s Howard University Chapter and AKA’s own intake regulations. Legacy candidates are selected with first priority given to sophomores, juniors and finally seniors.

In the ensuing fallout of the litigation process, the mothers, who had been active alumnae, had their sorority memberships withdrawn.

Gordon said that the case hinged on rules regarding membership intake and restrictions. According to Gordon, the court conflated two separate organizations in determining its ruling: the National Pan-hellenic Council (NPHC) and the National Panhellenic Conference (NPC). NPC governs 26 international women’s sororities, while NPHC governs nine historically African-American fraternities and sororities, including AKA.

“The case rose and fell based upon the court’s determination that AKA followed the rules of the Panhellenic Conference,” Gordon said.

According to Gordon, the rules restricting membership prescribed by the national Pan-hellenic Council did not apply to AKA.

“If you look at AKA’s bylaws and constitution, nowhere do they recognize the National Panhellenic Council when it comes to their membership intakes,” Gordon said. “The National Panhellenic Council’s rules say if they have any rules promulgated that conflict with the organization’s rules — that is, AKA’s, or any other respective organization’s — then AKA’s rules will prevail.”

Howard University was named as a defendant in the case.

“It is our practice and policy not to comment on litigation matters,” Dr. Kerry-Ann Hamilton, assistant vice president of communications and marketing at Howard, wrote in an electronic message.