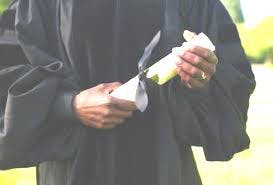 One out of every 2 Black college graduates since the year 2000 has graduated from college with more than $25,000 in undergraduate student loan debt ― a significantly higher portion than the 1 out of every 3 White students who did so, according to an analysis released Thursday by Gallup.

The unequal debt loads may help explain some of the disparities between Black and White college graduates in a number of areas that range from physical to financial well-being, even though members of both groups have achieved “the same propitious milestone in life, namely, a college degree,” the analysis states.

“This is not to suggest that these lower levels of well-being can be explained solely by the fact that Black college graduates borrow at higher rates than other graduates do,” the Gallup analysis states. “Many variables may contribute to these observed differences in wellbeing between these two similarly educated groups ― including, but not limited to ― the income gap between the races as well as discrimination against Black Americans.”

Citing research that shows Blacks consistently earn less than Whites even when they have the same level of educational attainment, the analysis warns that the income disparities could have negative repercussions for future generations of Black college students.

“This could help create a vicious cycle for many Black graduates whereby they are compelled by economic necessity to take out student debt when they attend college and then subsequently spend a substantial period of their professional life paying down this debt, minimizing the ability to save for a child’s college education,” the analysis states.

The findings of unequal debt loads are based on an analysis of the results of the inaugural Gallup-Purdue Index, a joint research effort with Purdue University and Lumina Foundation to study the relationship between the college experience and college graduates’ lives.

In many ways, the unequal debt loads between Black and White college graduates are nothing new.

While both groups have experienced an increase in undergraduate debt overall since the 1970s, the gap between White and Black college graduates has remained roughly the same during that time, at nearly 20 percentage points, the analysis states.

“Those cannot be discounted in something like this,” Smith said. “Until you have broad socioeconomic solutions to the wealth gap, you’re going to see African-American students have higher need.”

In the realm of higher education policy, though, the disparities point toward the need to prioritize aid so that it goes to students who need it and away from those who don’t, and increasing the amount of student aid overall.

However, Smith said, simply identifying areas of greater student need does not guarantee that government will have the money to meet the need.

“It’s easy to say ‘Double the Pell Grant,’ but because of the cost of college, you could double it to $10,000 and people would still need to borrow,” Smith said.

The challenge is to find solutions that are “politically viable,” Smith said, which she added is “probably one of the more difficult things about this conversation.”

Smith stressed the need for better counseling and advising to make sure that students who have good grades can make sure they “get to a place that has deep pockets.”

“Sometimes students may not be aware,” Smith said. “Some people may not realize there are lower cost options” for college.

The Gallup analysis notes that while Blacks tend to be first-generation college students more often than Whites ― 58 versus 44 percent, respectively, since 1970 ― college is “fast becoming an expectation in many Black families, with larger percentages of Black college graduates saying they were not the first in their family to graduate college.”

Less than half of Black college graduates say they are first-generation graduates ― 48 percent ― down from 77 percent in the 1970s, the analysis states.

“Given the known relationship between a college education and increased earning power, it might seem puzzling that even as more Blacks graduate college and come from college educated families, the need for college tuition borrowing has not declined,” the analysis states. “In fact, borrowing has increased ― 78 percent of recent Black college graduates report that they borrowed for their undergraduate education, compared with 49 percent of their 1970s counterparts.”

But the analysis notes that the increase in borrowing is not unique to Black college graduates.

“Recent white college graduates report borrowing at higher rates and levels than their 1970s antecedents, even though just over a third are first generation graduates,” the analysis states. “The cost of tuition has, on average, risen over time, and this has forced many households to take on college related debt.”