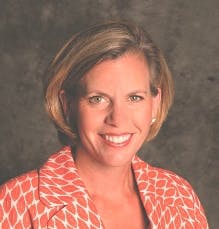 Evelyn Waiwaiole is director of the Center for Community College Student Engagement at The University of Texas at Austin.Community colleges are looking at addressing the achievement gaps of the men of color they enroll with broad, data-backed approaches to helping all students succeed and complete their academic programs.

A rare report on African-American and Latino men at community colleges, released earlier this year, recommended a shift from targeted, “boutique programs” that promote their academic success and typically benefit relatively few students.

That recommendation, from the Center for Community College Student Engagement at The University of Texas at Austin, has converged with a higher education focus in the last few years on improving student completion rates overall.

The center’s report, Aspirations to Achievement: Men of Color and Community Colleges, cites examples of effective community college programs for minority males, but faults them for being small-scale.

“We definitely know men of color need support groups, need to be coached and need a place to feel safe, a place to be mentored,” says Dr. Evelyn Waiwaiole, the center’s director. “But oftentimes when you have Men of Merit or Men of Distinction programs, the average number of students served is 23. What an amazing experience for them. But for all the rest of the students, they’re not a part of that.”

Waiwaiole says the center’s surveys of students at most of the nation’s approximately 1,000 community colleges and other research have clearly established which approaches help students succeed. Adopting them, she says, would also help larger numbers of African-American and Latino men, who enroll heavily in two-year schools.

“There are policies and practices that we know work and we know they work for all students,” Waiwaiole says. “All the more reason, with men of color, we need to make sure that they’re participating and getting advised and coached on these practices.”

“I think everyone in the field knows that [for] men of color in community colleges, really in higher education in general … there’s an achievement gap and they want to do something about it,” Waiwaiole says. “There have been other reports released similar to this, but not many, if any at all, specific to community colleges.”

The board of the Association of Community College Trustees discussed the Men of Color report at a July retreat in New York, ordered copies for each board member and plans to have further discussions about the issue.

“I think one of the difficulties with the so-called boutique programs is, while I would applaud the effort and the focus, I question whether that really is appropriate long term,” Brown says. “The goal should be to empower those students and all students at the same time.”

Brown adds: “I would agree with some of the report’s findings. To the extent we can integrate more of these approaches across the institution, I think we will see many more students from across the student population be successful.”

Waiwaiole says some policies demonstrated to help community college students succeed are easily implemented. She cites the examples of “having an attendance policy” and “ending late registration” for courses.

Other approaches, Waiwaiole says, do entail expenses, such as making all new students attend orientation sessions. “If something works, don’t just let students happen upon it, make it mandatory,” she says.

Waiwaiole identifies learning communities of students as another effective but costly approach. “Over the course of five years, you could begin to say every student that places into developmental education should be in one for a period of time,” she says.

Community colleges should first examine their data on student achievement, disaggregated by gender and race/ethnicity, Waiwaiole says. Then that data need to be shared with the faculty senate, followed by discussions with students about what works—and doesn’t—for them.

The staff of the Center for Community College Student Engagement will hold a workshop on such student data this fall at the College of the Mainland in Texas City, Texas, which requested the session on men of color.

“We encourage colleges to think big,” Waiwaiole says. “If you know it works for one group of students, then it’s mostly going to work for all groups of students. So think about making policies and practices work to scale.”