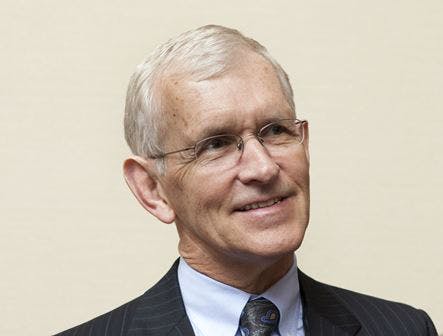 Steve Gunderson, president and CEO of the Association of Private Sector Colleges and Universities, says the rule is part of “a bad-faith attempt to cut off access to education for millions of students who have been historically underserved by higher education.”

WASHINGTON ― For-profit colleges that don’t produce graduates capable of paying off their student loans could soon face the wrath of the federal government.

Schools with career-oriented programs that fail to comply with the new rule announced Thursday by the Obama administration stand to lose access to federal student-aid programs.

To meet these “gainful employment” standards, a program will have to show that the estimated annual loan payment of a typical graduate does not exceed 20 percent of his or her discretionary income or 8 percent of total earnings.

The Education Department estimates that about 1,400 programs serving 840,000 students won’t pass. Ninety-nine percent of these programs are offered by for-profit schools, although affected career training programs can come from certificate programs elsewhere in higher education.

However, Steve Gunderson, president and CEO of the Association of Private Sector Colleges and Universities, calls the effort “nothing more than a bad-faith attempt to cut off access to education for millions of students who have been historically underserved by higher education.”

Some questions and answers arising from the new rule:

Q: Who goes to for-profit colleges?

A: Students seeking training in areas such as nursing, truck driving, culinary arts and auto repair. Such fields attract many nontraditional students, including veterans and workers laid off during the economic downturn. About two-thirds are over the age of 24. Half have dependents and almost 40 percent work full time while enrolled, according to the Association of Private Sector Colleges and Universities. Students at for-profit schools are more likely to live at or below the federal poverty level and receive food stamp benefits than students in other sectors of higher education. About 1.3 million students enrolled last spring at a for-profit school, according to the National Student Clearinghouse Research Center. That was about a 5 percent decline from a year earlier.

Q: In what ways are for-profit colleges under fire?

A: The regulation, which goes into effect on July 1, is the latest step in a years-long fight by the Obama administration to improve outcomes and end aggressive recruiting at for-profit colleges. In 2012, the for-profit colleges convinced a judge that similar regulations were too arbitrary.

Last summer, the Education Department reached an agreement with Corinthian Colleges, a chain based in Santa Ana, California, to sell or close its more than 90 U.S. campuses.

The Consumer Financial Protection Bureau earlier this year filed suit against the large, for-profit college chain ITT Educational Services Inc. alleging that it pushed students into high-cost private loans that would likely end in default. The company denied the charges.

Q: Why is the sector a target?

A: The industry has among the highest student loan default rates and lowest graduation rates in higher education. Some veterans’ advocates have accused it of aggressively targeting veterans because of their federal GI Bill money. Critics say the schools are too expensive and a waste of money not just for students, but for taxpayers who fund the GI Bill and other loan and grant dollars used by a large chunk of students to help pay to attend for-profit colleges.

Q: What’s the other side of the story?

A: For-profit colleges argue that they provide educational programs to students who have historically been left out of higher education and that the regulations would reduce the educational opportunities for students most in need of training programs. They say it’s unfair to target just career-oriented programs because poor outcomes can be found in other areas of higher education.

In the proposed regulation released earlier this year, another measurement proposed to judge these programs was the default rate of student loans. But that was removed in the final regulations because the Education Department said that doing so would create more streamlined regulations. The for-profit sector says that was done to appease publicly funded community colleges that would have gotten snared under that metric.

“We will vigorously contest all these issues to help ensure that students, employers and communities are not harmed by such an arbitrary and biased regulation,” Gunderson said.

A: Not necessarily. Some of them say the regulations don’t go far enough.

“By failing to include a default rate standard, the administration ignores the most vulnerable students: those who withdraw from failing programs with debt but no degree,” O’Sullivan said.