Wins for College Athletes in Court Could Cost Fellow Students 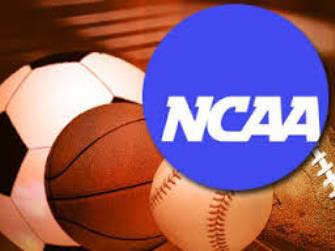 Wins by college athletes in courtrooms and boardrooms could end up as losses for their nonathlete classmates.

High-profile legal cases and NCAA policy changes are likely to boost the cost of fielding big-time athletics programs, and students— even those who never attend a single college basketball or football game — may have to foot the bill.

Some schools have already hinted they would pay athletes thousands of dollars more per year after NCAA officials said they might allow universities to cover athletes’ entire cost of attendance. That change would likely lead some schools to raise other students’ fees.

Of course, universities and colleges could also scale back their athletics programs to cut costs, said William Kirwan, chancellor of the University of Maryland system and co-chairman of the Knight Commission on Intercollegiate Athletics. That “would be the rational approach,” he said.

“But when it comes to college athletics, rationality doesn’t often prevail,” said Kirwan. “There are so many societal pressures.”

The most sweeping changes to college sports could come from an antitrust suit pending in New Jersey in which attorney Jeffrey Kessler contends that college athletes should be paid as much as the market dictates. A win for Kessler likely would spark bidding wars among universities for top recruits.

“I do believe that if the Kessler case wins, that could break the bank for the NCAA as we know it today,” Kirwan said. “This would become like a mini NFL draft. It would become a free market.”

Only a handful of NCAA Division I schools have self-sustaining athletics programs—just 20 of the nearly 130 schools in the top-flight Football Bowl Subdivision, for example—so most universities subsidize those departments. At public institutions in particular, part of that subsidy is drawn from student fees.

But research shows that some students don’t even know their fees are already paying for athletics. At Ohio University, for instance, 41 percent of revenue from the general fee of $531 per quarter for full-time students in 2010 went to intercollegiate athletics, but 54 percent of students didn’t know it, according to a survey by the Center for College Affordability and Productivity.

If athletes’ legal challenges succeed, “The institutions that rely primarily on student fees are going to have to make a decision about whether they’re going to try to keep up.” Amy Perko, executive director, Knight Commission on Intercollegiate Athletics

Dividing the $765 per year they paid for athletics through the fee by the number of games the average Ohio University student attended, the center calculated that students were paying the equivalent of more than $130 per athletic event they actually watched in person.

Eighty-one percent said they opposed raising the amount of their fees that went to the athletics program, or wanted it reduced.

If the Kessler lawsuit succeeds, “The institutions that rely primarily on student fees are going to have to make a decision about whether they’re going to try to keep up,” said Amy Perko, executive director of the Knight Commission. “When you have schools with $5 million for their entire athletic budget trying to compete with schools that have $5 million coaches, it’s going to strain at some point.”

Even some schools in the “Big 5” conferences—the SEC, ACC, Big 12, Big Ten and Pac-12—will have trouble maintaining their programs if bidding for athletes takes off, experts said. Schools on the fringes of big-time sports success, such as UC Berkeley, Rutgers, Northwestern, and Indiana, would have tough decisions to make, said Murray Sperber, a UC Berkeley professor who has written several books about the role of college sports.

The most likely outcome, Sperber said, would be for at least some of those universities to eliminate athletics scholarships or otherwise scale back sports programs rather than risk protests by charging students more. But some colleges in mid-tier conferences will probably choose to stay in the bidding game, he said.

“You think of it as a big poker game where the stakes keep going up,” Sperber said. “The students in trouble potentially are those at schools beyond the Big 5, because they’ll have to decide whether to stay in the poker game.”

Other factors also promise to change the rules of that game.

A federal judge in August ruled in favor of former college athletes, led by UCLA star basketball player Ed O’Bannon, in an antitrust suit against the NCAA that could lead to back payments for as many as 100,000 former athletes and additional scholarship money for future ones.

The ruling came less than five months after the National Labor Relations Board concluded Northwestern University football players were, essentially, university employees, and could unionize.

According to the Knight Commission, growth in athletics funding at Division I schools outpaced academic spending from 2005 to 2012. Students at some schools pay $1,000 in athletics fees alone.

Students at some big-time Division I schools said athletic success is important not just for the campus but also for the community. The University of Kentucky basketball program, for example, is part of the school’s and the state’s identity, said Jacob Ingram, president of that university’s student body.

“One of the things the state of Kentucky identifies with most is the Big Blue Nation,” said Ingram, a 22-year-old senior from Nicholasville, Kentucky. “What a great way to leverage our brand and share the rest of what the university has to offer.”

At Rutgers, which is in its first year in the Big Ten, the athletics department has taken on new importance with its climb into the Big 5 ranks. Few students seem to mind paying for that prominence, said Brian Link, a 21-year-old senior, and even fewer would want to see the school to roll back the affiliation.