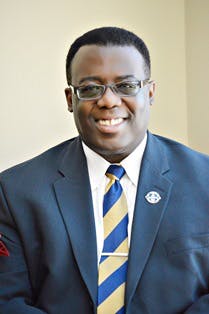 Stillman College President Peter Millet says that students “should be able to go to school without going into the proverbial poorhouse.”

TUSALOOSA, Ala. — Stillman College plans to reduce its cost of attendance by about $5,000 in fall 2015 in the hope that making higher education more affordable will attract more students.

In a letter to students last week, Millet said the annual cost of tuition, room and board would decrease from roughly $22,500 to $17,500 in the fall for full-time students. Millet sent a similar letter to faculty and staff announcing the change. Most of the reduction would come from a decrease in the tuition rate, he said.

The decrease is a balancing act between the revenue the small private college needs to operate and what students can afford.

But if the cost of attendance was reduced to $15,000 to $18,000, many who are now priced out of college might reconsider the option of higher education.

The move would make Stillman among the cheaper four-year institutions in the state, based on 2014-15 tuition rates. The median annual tuition for historically Black colleges and universities in Alabama is roughly $12,000, based on figures for the 2014-15 academic year. For public four-year institutions in the state, the median tuition in $9,088 for residents and $17,435 for out-of-state students, based on figures compiled by the Alabama Commission on Higher Education for the current academic year.

The announcement of the reduction follows similar efforts earlier this year to mitigate the cost of attendance and attract new students.

While the decision to reduce the cost of attendance is a financial strategy aimed at growing enrollment, Millet said it is also inspired by his service-minded vision for the private school.

“One of the main things I am a proponent of is communities,” Millet said. “When a student receives a college degree it influences more than just that individual. It is also going to have a positive effect on that family and the community.”

Stillman began evaluating the viability of a tuition decrease about a year ago, Millet said.

“We didn’t just come up with the idea in theory, we ran a number of scenarios,” Millet said. “We have to be in a position where we can live with the worst-case scenario, and we were able to.”

Millet received authorization from the board of trustees at the fall board meeting in October.

“They like the part about making the college more affordable, but their job is to look at things from all angles. So they raised some very good questions and gave us additional topics to explore,” Millet said.

Stillman’s enrollment in fall 2014 was 917 full-time students. Millet hopes enrollment will increase to at least 1,000 for the beginning of the 2015 academic year.

It will likely take a couple of years to evaluate whether the decrease in cost is attracting more students, Millet said.

The college plans to increase its marketing and recruitment efforts in conjunction with the tuition decrease. This fall will also see the rollout of a new retention plan by the college. More details of the retention plan will be released in the spring, Millet said.

“It’s critical that we get them in, but it is more important that we help them graduate,” Millet said.