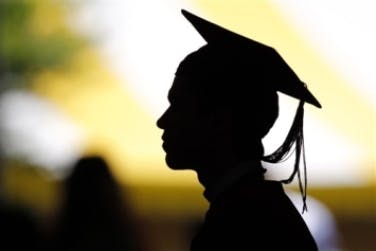 SEATTLE — A business-inspired approach for rewarding community colleges for student outcomes has not led many more students to stay in school and earn associate’s degrees in Washington state, a new study has found.

The study published Wednesday in the journal Education Evaluation and Policy Analysis may disappoint more than a dozen states that reward colleges for performance and the others currently considering such a program.

Lead researcher Nicholas W. Hillman of the University of Wisconsin-Madison cautioned against over-interpretation of his study that compares Washington state college outcomes to similar states without performance funding systems for community colleges.

“This study can’t tell you exactly what is working and why; it can only point to broad trends,” said Hillman, an assistant professor of educational leadership and policy analysis, who focuses his research on how policies affect education access and success. “There may be innovative practices on some campuses that hold a lot of promise.”

The Student Achievement Initiative was started in Washington in 2007 to help improve student success. In the past, colleges were funded based on student enrollment numbers.

Officials at the Washington State Board for Community and Technical Colleges point out that the period studied was mostly during the recession and degree production has gone up since 2012, which was the last year of data used in the study.

Between 2013 and 2014, the system reported growth in workforce-related degrees such as in applied bachelors, which went from 192 to 244 degrees, and in applied associate’s degrees, which increased from 10,298 to 10,403. Other degrees and certificates went down during that period.

Under the newer system, most of their money still comes from enrollment numbers, but more than $10 million was allocated by the Legislature for rewarding successful colleges in the past two years. During the recession, that money was cut, but the program continued.

Hillman and his fellow researchers—David Tandberg at Florida State University and Alisa Fryar at the University of Oklahoma—decided to look at Washington because it has had some of the most experience with this idea.

He acknowledged that outside factors, like the cut in state dollars, could impact the results of his study but, overall, he said the performance system did not appear to be inspiring better results than in states without such a system.

The study compared increases in the number of degrees and certificates earned in Washington and other similar states, as well as student retention rates.

Further research could help clarify what part of the program is effective, Hillman said. Some positive results may also take more time. “The evidence doesn’t point to that direction very convincingly, but it’s possible,” Hillman said.

Performance funding is just one tool to encourage colleges to focus attention on degree completion and student achievement, said Jan Yoshiwara, deputy director of the State Board of Community and Technical Colleges.

“In order to actually improve student achievement, colleges have to change their practices,” Yoshiwara said. “We think it’s working.”

Performance funding is particularly popular in state governments right now, in part because the Bill & Melinda Gates Foundation and other foundations like the idea and also because there is pressure to do something to get more students to graduate with a college degree.

But Hillman believes it’s too simple an approach to a complex issue. He says other states would be better off working with individual colleges to come up with more nuanced plans to help students succeed.

He cautioned others to carefully consider the research before adopting a similar program.

“This topic needs more attention,” Hillman said. “Otherwise we’re going to just be chasing these policy ideas because they are politically popular.”