Let’s begin with the obvious: South Carolina State University is a mess. No, it’s way beyond a mess; it is on life support and its very existence is in grave danger.

But, it can be fixed and, in fact, the solution is fairly straightforward. It’s not rocket science; if GM can go from the brink of extinction to making a profit in less than 24 months, then S.C. State’s problems can be solved. 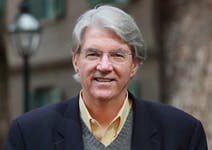 Phil NobleThe barriers to these solutions are politics, race, intransigence, corruption and political dysfunction — sort of a microcosm of the problems that are afflicting our state today and have been for generations.

This is not the place to recount all the problems of S.C. State; that would take a book. Suffice it to say, the finances have been incompetently — if not criminally — mismanaged for years. Corrupt politicians have tried to use S.C. State as their own profit center, triggering some, though not nearly enough, jail terms for a number of school officials. It is hemorrhaging students, with a 40 percent drop in enrollment since 2007.

God only knows how much money the school owes (at least $87 million, according to most projections) or how much more it would take to fix things permanently. Current President Thomas Elzey’s latest estimate is upward of $50 million, but no one really thinks that would be enough.

And through it all, it seems that everyone in any position of responsibility is at odds with someone else over their alleged arrogance, stupidity, corruption or worse. The Legislative Black Caucus just passed a resolution of no confidence in Elzey and called for him to resign.

The response of the school’s board was to announce they supported the president who recently pocketed a $50,000 “performance bonus” on top of his already very generous salary of $326,000.

The latest proposal that was passed by two House committees calls for transferring the authority to run the school to the State Budget and Control Board (all politicians), at which point the school would be shut down for at least three semesters and all faculty, staff would be laid off and some — though not all — students would be allowed to transfer to other state schools.

If this happens, in all likelihood, it will kill the school.

In the words of one former senior college official who is recognized as one of the few good guys in this scandal, “If it shuts down, it will never re-open — not a chance.”

A very wise man once said that in the South, when there is a problem and race is an issue, it’s usually the issue. And, clearly, race has been an important factor in this mess — on both sides.

Too often, White politicians have viewed S.C. State as “their” school, and if “they” can’t run it effectively, then that’s “their” problem. To these politicians, the problems are a self-fulfilling prophecy as to why “they” should not be afforded their special status as the state’s only historically Black college.

At the same time, and again too often, Black politicians have been quick to play the race card when White politicians asked perfectly legitimate questions about how state money is being spent. They claim to see the hand of White racists who are just out to get the school and shut it down because they claim that somehow it will benefit the “White colleges.”

And on and on it goes, with those who are suffering the most — the students, faculty and lower-level staff — the ones who are the least to blame.

Back to our GM example; this is not unlike a corporate turnaround, and the steps to success are fairly simple.

First, the Legislature should affirm its long-term commitment to the institution and its success.

Will common sense prevail and will something like this four-point plan be implemented? I don’t know but I’m not holding my breath.

For generations, our state has been held back by a dysfunctional political class that, in the words of a better phrasemaker than I, never misses an opportunity to miss an opportunity. If we aren’t careful, South Carolina’s only historically Black university will almost certainly become its latest — though, sadly, not its last — victim.

Phil Noble is a businessman in Charleston and serves as president of the SC New Democrats, an independent reform group founded by former Gov. Richard Riley. Contact him at phil@philnoble.com.