The moderator asked members of the audience to raise their hands if they believe loans are supposed to be paid back.

After every hand in the room flew up, he asked them to do the same if they believe grants are supposed to be paid back. Confused expressions spread across some of their faces, and many hands remained raised. 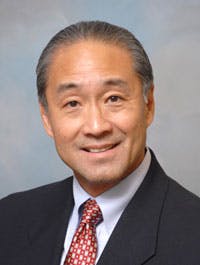 Neil Horikoshi is the APIASF president and executive director.When the moderator asked whether scholarships are supposed to be paid back, many of the people glanced around the room to check the responses of others. Some hands remained up, a few did not. Meanwhile, other hands came down before those people changed their minds and raised them once again.

This was an opening exercise to gauge the financial literacy of Asian American and Pacific Islanders (AAPIs) who have attended one in a series of workshops around the country focused on college financial aid and career planning.

The events are held at U.S. college campuses that have federal designation as Asian American and Native American Pacific Islander-Serving Institutions (AANAPISI). Ten percent or more of undergraduates at each of these schools are AAPI and at least 50 percent of all students there, regardless of race, rely on Pell Grants or other federal aid.

The next workshop is Saturday at the University of Massachusetts Boston.

Panelists at each workshop include campus financial aid and admissions officials, along with AAPI students enrolled there who have received scholarships from the Asian & Pacific Islander American Scholarship Fund (APIASF). The Washington, D.C.-based organization conceived and set up the workshop series, called Jump Start College Tour. The student speakers explain how they decided which institution to attend, the kinds of financial aid they sought and why it was important to do so.

For the families accessing the workshop, it’s a way to learn about the college-going process from people who share their educational and financial challenges. The APIASF manages multiple scholarship programs, and this academic year about 43 percent of their AANAPISI scholarship recipients are the first in their families to ever go to college. More than 70 percent of applicants for that scholarship came from families whose annual household income was less than $30,000.

Yet all APIASF scholarship recipients rely overwhelmingly on their peers for academic advice rather than seek it out from designated support centers on campus because of perceived barriers, according to APIASF assessment surveys. Furthermore, parents of these students don’t fully comprehend their college endeavors. Students find academic advisers on campus ineffective due to lack of personalized focus, according to the surveys, so 9 out of 10 prefer to take their questions to classmates.

“Unless we arm students and their families with the information they need, it’s difficult for them to obtain it through traditional pathways,” says Neil Horikoshi, APIASF president and executive director. “It’s elementary information, but the parents need to start somewhere.”

In addition to the lack of outreach by many college officials, AAPI families are often culturally hesitant to pursue financial aid. To them, asking for it is akin to begging passers-by on the street for spare change — a shameful act that implies the parents failed to adequately provide for their children.

The Jump Start workshops are culturally relevant, Horikoshi says. A student speaker from a four-year university, for example, told attendees they could trim costs, as she did, by taking some of their classes at community colleges. This intrigued attendees, who barely showed tepid interest in student loans.

AAPI executives from Wells Fargo & Co., which underwrites costs of each Jump Start workshop, also serve as workshop panelists to discuss how students and families can learn to spot career trends. The executives explain their own college experiences and how they explored careers while still in school — particularly helpful because many parents at the Jump Start workshops are wage earners, Horikoshi says.

AANAPISIs such as UMass Boston are typically in close proximity to disadvantaged AAPI neighborhoods.

The number of Asian subgroups in the city of Boston easily pierces the double digits, with Chinese Americans and Vietnamese Americans being the most populous. But they are far from being uniformly prosperous.

Only 17 percent of Vietnamese age 25 and older there held a bachelor’s degree or higher, according to American Community Survey data for the five-year period of 2006-2010. Their per capita income during that period, in 2010 inflation-adjusted dollars, was merely $14,200.

The findings for both subgroups were compiled by UMass Boston’s Institute for Asian American Studies. Boston’s Chinatown is more than 130 years old, while most of the city’s Vietnamese arrived after the 1975 fall of Saigon.

Horikoshi says the Jump Start workshops are aimed at familiarizing all disadvantaged AAPI youth and their families, whether they apply for APIASF scholarships or not.

This is particularly important, he says, because the applicant pool has steadily grown since he joined APIASF in 2008, when 1,500 students applied for awards. Most recently, about 9,000 applications were submitted for the 2015-16 academic year.