School: What is it Good for? 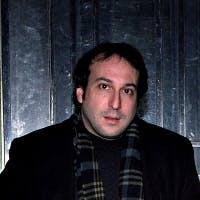 One of the curious features about schooling is that there is no explicit consensus about its purpose. Any assertion with regards to function should dramatically affect both the content of what is taught and the structure in terms of how to best instill the things that are taught. For instance, if the purpose of schooling is to promote democratic values and create an educated citizenry, the form and content of imparting knowledge would be quite different than if the mission were to create a skilled workforce.

For the former, education would require imparting knowledge of current events, engaging in active debates on contentious issues while respecting dissent, providing an intensive understanding of the U.S. Constitution and the rights the document hoped to protect, and conveying an understanding of the workings of government and the obligations of citizens. To best impart this knowledge, the learning environment would give students the opportunity to experience and exercise basic civil liberties. For the latter scenario, students would have the opportunity to become apprentices and otherwise engage in real-world scenarios within the work place in order to acquire relevant skills and develop hands-on experience that cannot be replicated abstractly.

The school environment presents an antithesis to both of these scenarios. Students are deprived of virtually all their civil rights and learn so little about their own government that a recent survey of adults revealed that only one-third could name any of the branches of government. Learning skills through active participation is similarly taboo because students are rarely ever allowed to leave the classroom let alone the school grounds.

Other potential purposes are similarly incompatible with the lessons and structure of compulsory schooling. Conceived as a vehicle to impart practical life tools, schools again fail miserably. Essential skills such as money management; basic contracting work and home repair; tax preparation and filing; regulations and other necessary information about owning, operating, and servicing motor vehicles; job hunting; cooking; cleaning; being an intelligent consumer; handling encounters with the police, to name but a few, are almost completely absent. Concededly, a few of these skills might be available in some elective form, but they are outside the norm, and the students who take them are sometimes derided for doing so.

The possibility that schools are designed to promote empathy and create caring people is evidently absurd. The institution is an incubator of sadistic cruelty meted out by both faculty and student peers. Bullying is the norm. That rejecting this possibility requires little explication is profoundly depressing. The research of psychologist Ervin Staub strongly suggests that schools play a significant role in the erosion of empathy by instilling the primacy of obedience to authority over helping others in need.

The final traditionally conceived purpose of schooling is self-actualization through intellectual development. Schools theoretically provide a foundation upon which people can develop skills to pursue their own paths toward fulfillment. This assertion is also problematic. In addition to the concern regarding how an environment that is largely devoid of empathy can foster such an outcome, there is the more practical issue involving the absence of student autonomy. A system dedicated to producing this outcome would promote self-directed learning. Self-actualization, by definition, is about attaining the goals one sets for oneself.

The interests of the student quite explicitly do not matter, and this fact is often celebrated by parties who insist they know what is best. The curriculum is comprised of subjects that anyone other than the student deems appropriate. In addition, the top-down method of instruction that is fixated on grades often results in children becoming alienated and resentful of the material they are taught.

A common defense of schooling is that it is responsible for literacy. This is a weak assertion. Just because schools teach reading skills does not mean they are effective at doing so or that the literate population required school in order to become literate. The design of compulsory schooling undermines teaching literacy as a fundamental mission. The authoritarian structure that demands all intellectual processes be regulated and tested conspires to make students see reading as a chore.

The impact of schooling can be seen in the deficiencies of the general public. In addition to the shockingly low rates of literacy as reported by the U.S. Department of Education, Pew reported that 23 percent of Americans did not read a single book in the last 12 months. While that percentage is disturbingly high, the actual number is probably much higher as people may have lied and said that they had read a book because they were not asked to provide a title as evidence. Concededly, self-actualization does not have to require literacy or the act of reading, but this would largely be the primary component cited as being a school’s contribution.

The form compulsory school takes has been designed for two functions: to produce a population that can perform well on standardized tests and to teach children how to live in a totalitarian society. Some push back has emerged in response to the recent adoption of the testing mission. In part, this is because schools are failing at this effort, but few appreciate that this is because the task is simply not possible. Tests are deliberately designed to sort people and do not permit an entire population to do well. If everyone did better, the results would be the same because the tests would be adjusted accordingly.

The one arena where schools excel is in suppressing liberty, trivializing justice, and demanding students take orders in a docile manner. Little opposition exists in society to the fact that dissent is not tolerated and civil rights are dramatically curtailed. Most people shrug this off and insist that this is necessary for the education process, but learning to cope with oppression is the education process. This is precisely the function of schooling. This is why schools fail at everything else that they are not designed for.

Cevin Soling directed “The War on Kids,” the first theatrically released documentary on education. He is a graduate of the Harvard Graduate School of Education and lectures on education issues and other subjects. Soling’s films have appeared on the BBC, HBO, Showtime, The Sundance Channel, MTV, The Learning Channel and other outlets. His media appearances include being a featured guest on The Colbert Report.