Dr. Evelyn Maria Thompson was named the next president of Coppin State University, effective July 1. Thompson, who has served as Provost and Vice President for Academic Affairs at SUNY at Oneonta since 2011, will be the institution’s first female president.

“We are delighted to welcome Dr. Thompson as president of Coppin State University,” said James L. Shea, chair of the University System of Maryland (USM) Board of Regents, in a May 19 statement. “Her background as a top-level academic leader at SUNY-Oneonta, and her earlier experience in building a research enterprise at an urban historically Black institution, position her well to advance Coppin as a vital institution in Baltimore and the state.” 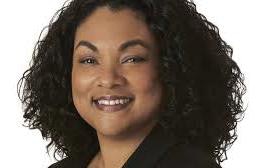 Prior to SUNY at Oneonta, Thompson served as Vice President for Research and Sponsored Programs at Tennessee State University, where she oversaw federal policy objectives and shaped the institution’s research agenda.

“Dr. Thompson has had such an impressive career in higher education,” said USM Chancellor William E. “Brit” Kirwan on May 19. “In her four years at SUNY Oneonta, she has led an impressive university-wide effort to advance the quality of the institution’s academic programs. Her leadership of the research programs at Tennessee State University is equally impressive. Her time at TSU is especially relevant as she assumes the leadership of Coppin State University because, like CSU, it is a historically black institution in an urban setting. We are very fortunate to have found a person of Dr. Thompson’s quality to lead CSU into the future.”

Coppin State had a total enrollment of just over 3,000 in the fall of 2013, the last year for which data are available from the Maryland Higher Education Commission. It leads the state in Pell Grant-eligible students at 60.8 percent and has the lowest graduation rates in the state, at 16.5 percent, which Kirwan said are directly correlated.

During a May 14 interview, Kirwan said that low-income students (as indicated by Pell Grant eligibility) still face a tremendous achievement gap in the state and across the nation.

“We haven’t made as good progress with low-income students as a group,” said Kirwan at the time. “We’ve moved the needle, but we haven’t made as much progress. … It has to do, quite frankly, with the adequacy of funding and the ability to invest in financial aid.”

“I think that, by their mission and tradition, (Coppin and the state’s other HBCUs) focus on serving, not exclusively, but focus on serving students who come from especially challenging economic backgrounds, which is correlated very highly with being not as ready for college success,” said Kirwan in the May 14 interview. “So I think there should be no expectation, given the focus of the student body, that they should be able to make progress at the same rate because of dealing with especially difficult and challenging issues.”

For Coppin, which, by the numbers, sees the state’s poorest students and which is located in a city ― Baltimore ― that a new study out of Harvard University cites as being the absolute worst in the nation for a child’s odds to escape poverty, this presents a unique set of challenges for any incoming president.

Still, Thompson is optimistic that she can have an impact and reverse the trends for the West Baltimore institution.

“I look forward to working with the faculty, staff, students and other stakeholders to continue the university’s commitment to preparing graduates who are analytical, socially responsible and lifelong learners,” she said. “Urban higher education plays a vital role in shaping the future of local, national and global communities and I am excited about joining a campus with a rich legacy of community engagement.”

Thompson will take over for Mortimer Neufville, who has served as the university’s interim president since 2013. Thompson will begin at Coppin at a starting salary of $275,000, The Baltimore Sun reports.