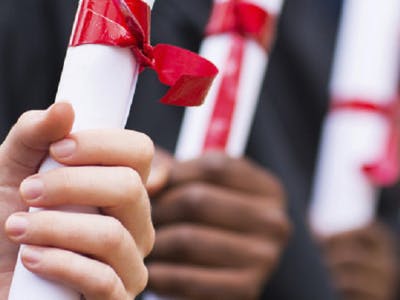 “Unless we improve the data on individual and institutional performance, until we count everybody, include every institution, routinely gather data on outputs as well as inputs, we’re poking in the dark,” said Daniel Greenstein, director of Education, Postsecondary Success at the Seattle-based Gates Foundation.

Greenstein made his remarks in a conference call to release a new report titled, “Answering The Call: Institutions and States Lead the Way Toward Better Measures of Postsecondary Performance.”

The report contains a proposed “framework” to examine how institutions are performing in the areas of access, progression, completion, cost and post-college outcomes, and being able to assess how different groups — such as low-income students or students of color — are doing in those categories.

And it calls for taking a more detailed look at institutional performance by examining factors such as how many students complete “gateway courses” and how many credits they have completed and accumulated, since those things are said to be predictive of completion. The idea is to identify areas where students may need support so that institutions can help more students earn their degrees.

“With the exception of first-year retention rates, none of these measures are publicly available in national datasets like IPEDS,” the report says, using the acronym for the U.S. Department of Education’s Integrated Postsecondary Education Data System.

“This is stunning, really, because there is tons of data around higher education, only it is so inconsistent, so patchy, it makes us information poor even as we are data rich,” Greenstein said.

In some ways, it’s easy to be incredulous about the purported need for more ways to assess how the various colleges and universities are faring.

While Greenstein said prospective students “cannot meaningfully evaluate their options for where and how to attend college, especially if they are low-income or working adults,” the reality is today’s students have a variety of websites they can visit to learn more about what their chances of graduation will be, the expected cost, or what their expected postgraduation income will be if they go to this or that institution.

Those websites include CollegeData.com, College Results Online, and Tractus Insight, to name a few.

Then, of course, there’s the Obama administration’s College Scorecard, although a recent visitor found that the site had listed “data unavailable” for a number of institutions on key metrics such as cost and graduation rates.

In addition, the National Student Clearinghouse regularly reports on many of the things that the Gates Foundation report calls for, such as part-time and transfer student completion rates.

However, as Mamie Voight, director of policy research at the Institute for Higher Education Policy, a D.C. research and policy organization that is collaborating with the Gates Foundation on its framework, noted, National Student Clearinghouse data do not reveal institutional-level data. Further, she said, NSC data do not include all institutions because participation is voluntary.

Voight said IHEP will release a paper in the coming months that will provide greater detail on what the Gates framework will entail.

The Gates Foundation and IEHP will not collect the data, but will rather work to develop the framework that outlines what institutions should be collecting and using it to target attention and resources toward areas where their students are coming up short.

“The next phase will be how do we go about collecting data in a way that results can be made public and used by different constituencies,” Voight said.

Asked to address longstanding concerns among colleges and universities about the cost of collecting data, Voight said that “one of the goals of this framework is to minimize that burden and make it as useful as possible without overly burdening the institution.”

“The ultimate goal is to promote student success, to use data to better serve students and to serve students more equitably,” Voight said. “We know that gaps persist between low-income and students of color and their classmates and institutions that have a concerted focus on using data have been able to make progress in shrinking and closing those gaps.”