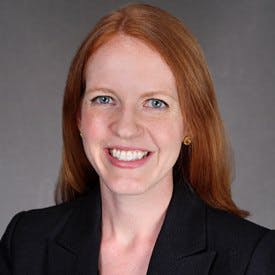 Terri Taylor of EducationCounsel says that if admissions officials can’t consider race during the process then “it’s not really holistic review, because you’re leaving out a big part of human experience.”

Graduate school admissions is a varied world. From Ph.D. programs where admits are selected by committee, to the notoriously LSAT-dependent law school admission process, it is a system that can be just as opaque as the admissions process at selective undergraduate institutions.

Admissions processes at the undergraduate level have received their fair share of scrutiny from parents, students, politicians, policy-makers, and the like. By comparison, graduate admissions have for the most part received far less examination.

A report from the Council of Graduate Schools, released in January, takes steps toward determining whether current admissions practices ensure that institutions will admit a class of students with the best chance of success. Examining holistic review—or the consideration of candidates on the basis of their “non-cognitive” attributes—practices at the graduate school level was the report’s primary goal.

Holistic review is widely held to be one of the most effective ways to create a diverse and well-rounded class. “When students have the opportunity to work in labs and classrooms where they encounter students who come from a background that is different from their own, that supports the learning process,” said Julia Kent, one of the co-authors of the report, Holistic Review in Graduate Admissions.

“We hear a lot about the need for our students to be able to work in a diverse environment, wherever they end up working, whether that’s in a company or in a university or in government,” she added. “So it makes a lot of sense as part of that preparation they should have exposure to diversity and diverse viewpoints which they will have to then negotiate once they’re on the job.”

The report found that limited faculty and staff time was the primary deterrent to implementing more holistic review in the admissions process. More than 75 percent of respondents from both master’s and graduate programs said that students were chosen by academic committees, not admissions professionals.

The report also found that the majority of respondents called for more data demonstrating the link between holistic review in the admissions process and student success. There was no clear consensus among respondents about what the “key features” of holistic review are, the report found.

“We felt by the end of this study more work needs to be done to really pin down what constitutes a holistic approach [to admissions], and what kind of practices need to be in place to say that you’re really achieving that approach,” said Kent.

Part of what makes holistic review such a contentious subject, particularly at the undergraduate level, is that, in some cases, holistic review allows for race to be used as a factor in determining whether an applicant will be accepted at a given institution. The Fisher v. University of Texas at Austin case, which returned to the Supreme Court in December, is one of the more notable recent examples of the legal complications that can result from institutional efforts to create a more diverse class.

Terri Taylor, senior legal and policy adviser at EducationCounsel, said that, too often, critics of holistic review appear to overlook the fact that race is only one factor among many up for consideration in the holistic review process. In addition, admissions officers at selective institutions are working to create a diverse and representative class of students from among a baseline group of already academically qualified applicants.

“Holistic review allows us to look at each student through his or her own merits but also to create the kind of class that will allow them to meet [certain specific] goals,” Taylor said. “At these selective institutions students are intended to learn as much from each other as they are from their professors.”

“It gets confusing because so much of this is behind closed doors, by design. It’s an admissions process, so it involves a lot of different sensitive information,” Taylor added. “I hear time and time again from admissions folks … that they need to consider race. If they don’t have the ability to consider race, in some cases, it’s not really holistic review, because you’re leaving out a big part of human experience.”

The CGS report suggested that certain traditional metrics of evaluation, such as GRE scores and academic transcripts, still weigh heavily in the master’s and graduate admissions process. Some institutions, such as Purdue University and the University of Maryland, have already begun to analyze the connection between admissions criteria and student outcomes, the report found.

“If the graduate education community can begin to gather better data linking admissions criteria and student success, we will also be better prepared to develop what might truly be called ‘best practices’ for holistic review of graduate applications,” the report concluded. “Our challenge is to learn what practices and resources may be appropriate for all programs, and which need to be tailored to the specific goals of master’s, doctoral and professional programs in various fields.”