Back to the Future: 20th Century Issues of Race Still at Forefront 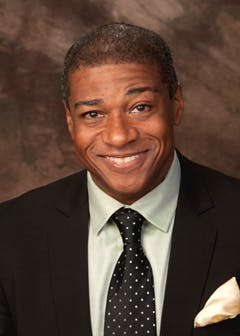 The dramatic furor that occurred at the University of Missouri last fall seemingly has calmed down. The dust from those activities, however, remains as those students’ activism shed light on the experiences students of color encounter on predominantly White college campuses. Unfortunately, some of the issues students in the minority face on their campuses are not new. Nor is the activism they used to address their concerns.

What the students of Mizzou were demonstrating against are historic issues. But what would have happened had predominantly White colleges and universities actually listened and heeded what Black collegiate protestors were telling them during the period of the mid- to late 1960s through the early to mid-1970s?

During those times of turmoil of 1965 to ’75, Black Americans were (re)discovering their racial identity. Development of a Black racial identity was at the forefront of their minds and this awakening brought a renewed view to living life. Having adopted a new philosophy, the historian William L. Van Deburg stated in his book, New Day in Babylon: The Black Power Movement and American Culture, 1965-1975, that Blacks would fight racism through Black solidarity, and promote color consciousness, but in a positive way, as well as preserve, and not destroy Blackness, uplifting Black people and not tyrannizing others.

This new view provided Blacks with a lens to uniquely address American inequalities. Like an epidemic fever spreading across the country, Black collegians nationwide were impacted by a Black Power philosophy that altered their perspectives. Black collegians consequently found their respective predominantly White institutions of higher learning inadequate to meet their needs. Historian Ibram H. Kendi referred to this social movement Black collegians led, in which they were aided on some campuses by members of other races and ethnicities, between the years of 1965 and 1972, as the Black Campus Movement (BCM). They demanded and protested for inclusivity to make for a more relevant learning experience.

Similarities between the epidemic that invigorated Black collegians across the country during the Black Power era can be found in the contemporary feverish posture of current students, as they, too, seek a learning environment that is not only conducive to the existence of diversity, but more precisely, an appreciation and respect for difference within the mainstream.

Organizing and mobilizing to have their voices of concern taken seriously were additional similarities between the more recent Black revolts and that of yesteryear. For example, The New York Times reported that this “main student activist group” addressed the issues of race at the university, particularly as experienced by Black students. The name of the group, honored the year the University of Missouri became integrated with the admission of Gus T. Ridgel ― now age 89 ― for graduate study. At Tulane, moreover, Black students worked through their Black Student Union. At Ithaca College, minority students formed the “People of Color at Ithaca College.” At Occidental College, according to their website, students formed a group called “Oxy United for Black Liberation,” in which members of the school’s “Black Student Alliance” and “Coalition at Oxy for Diversity and Equity” led the group.

Scholars of BCM note that a list of demands was also commonplace in the BCM. Van Deburg captured the essential concepts underlying the Black student demands of yesteryear by stating, “Black students recognize the need to have a say in defining the nature of their education. … For student protesters, greater control over their learning environment was vitally essential to the larger struggle for self-definition and power.”

In the same fashion, contemporary students, regardless of modus operandi, issued demands. At Occidental College, demands were submitted on November 12, and at Amherst College, demands were submitted to president Carolyn “Biddy” Martin by the student collective, “Amherst Uprising,” that came together as a result of a sit-in organized in the campus’ Frost Library on the same day. Moreover, “Concerned Student 1950” issued a list of demands to the University of Missouri dated October 20, 2015. In fact, the demands issued by “Concerned Student 1950,” as journalist Jim Salter and Jim Suhr acknowledged in their article, resemble the demands that were submitted roughly 47 years ago in 1969 by Missouri’s Legion of Black Collegians. As the name suggest, the Legion of Black Collegians provides further evidence of Black students having organized.

Organizing and marshaling resources over issues such as “the nonchalant attitude on the part of the university,” as Salter and Suhr cited from the list of demands from the Legion of Black Collegians in 1969, allowed “a haven for comprehensive institutionalized racist and political repression.” Black students in contemporary times at predominantly White campuses found truth in what some may consider a relic statement.

Revealing racial and systematic issues by way of organizing and mobilizing, Black students were able to move toward creating an aware and sensitive environment and consciousness. Their efforts help lead to the resignations of senior executive administrators. Presidential resignation is another point of how history is repeating itself as Van Deburg informs us that 72 college presidents had resigned their posts by May 15, 1969.

Although time has progressed, history repeats itself, as Black students on contemporary predominantly White campuses encountered the same concerns, or very similar ones, that their predecessors faced 40 to 50 years ago.

Remember that the concerns of minority and marginalized students need to be the concerns of the institution. Ignoring, forgetting or dismissing this adaptive saying from the Black Campus Movement is certainly unwise, as illustrated by the Black Student Revolt of 2015. Students have demonstrated that they can work together. In the final analysis, if the concerns students are not a priority to the institution, then we shall not overcome nor shall we progress.

Dr. Cornelius Gilbert is an assistant professor of adult and higher education at Northern Illinois University.