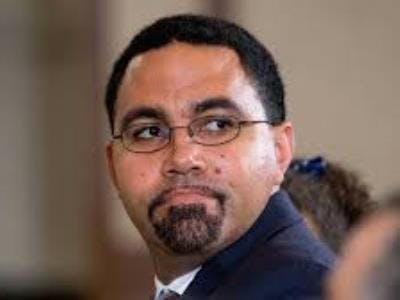 John King has been Acting Secretary of Education since December 2015.

Student loan debt and the campus sexual assault debate were two of the higher-education-related items on the agenda during the Senate education committee hearing on President Barack Obama’s nominee for secretary of education on Thursday afternoon.

At the hearing, King spoke of the transformational effects of education on his own life. His parents, both educators, passed away when King was still young. King described school as a “refuge” in the midst of difficult times. He said that two teachers helped guide him through it all. “If not for them, I could not have survived that turbulent period, and I certainly wouldn’t be sitting before you today,” he said in prepared remarks.

Although there is less than a year left in Obama’s term, King’s nomination comes at a particularly crucial time in the education sphere with the drafting and enactment of new legislation on elementary, secondary and postsecondary education.

“We need an Education Secretary who is confirmed and accountable to Congress while we’re implementing a law that may govern elementary and secondary education for some time,” said Lamar Alexander (R-Tenn.), chairman of the Senate Committee on Health, Education, Labor, and Pensions. “I want to be sure that we are working together to implement the law as Congress wrote it.”

“We all know that a law is not worth the paper it is printed on unless it is implemented the way Congress wrote it,” Alexander added.

While much of King’s career has been in the K-12 arena, certain high-profile higher education issues received attention at the hearing. Senator Patty Murray (D-Wash.) called campus sexual assault and violence a “growing national crisis” and referenced the oft-cited statistic that one in five women are assaulted at colleges and universities.

King said that addressing college sexual assaults is a top concern for the president, vice president, and the education department. He added that the administration had become aware early on of a lack of clarity at colleges and universities about what their responsibilities are in terms of protecting students and Title IX regulations.

To address this lack of clarity, King said, the administration issued guidance to institutions of higher education. “That guidance I think has been very helpful to higher ed institutions in creating safer environments for their students,” he said.

Senators Elizabeth Warren (D-Mass.) and Murray were united in their concern about student loan debt, particularly for students who attended for-profit colleges that are now defunct, such as Corinthian College.

“In higher education, I—along with my Democratic colleagues—will continue to focus on ways to make college more affordable and reduce the crushing burden of student debt that is weighing on so many families today,” Murray said in prepared remarks.

In his closing remarks, Alexander acknowledged that defaulting on loans by former Corinthian students was a “tragic situation.” Nevertheless, Alexander added, “If I buy a car that’s a lemon, I sue the car company, not the bank.”

He cautioned King that legislation “needs to be used carefully,” adding that the federal government demands no repayment on the millions of dollars spent on Pell Grants each year. Graduates also have the option to join loan forgiveness programs, in which they work in the public service for a set period of years, Alexander said.