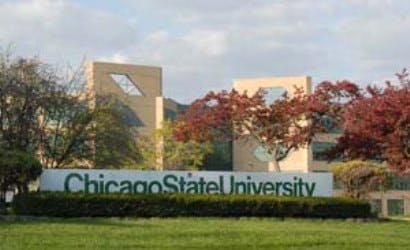 Chicago State University (CSU) took the unusual step of sending layoff notices to its faculty, staff and administrators last Friday amid ongoing financial difficulties, including not receiving any state funding over the past eight months.

“The actions taken today are necessary to fulfill our legal obligation and to make necessary reductions so that we can continue running the University in the absence of state funds,” said Dr. Thomas Calhoun Jr., president of CSU. “It is our sincere hope that the Governor and legislative leaders will do the right thing and provide funding for public universities before these layoffs would have to be executed.”

CSU — a historically Black institution — is among 57 public universities and colleges in Illinois that have gone unfunded as Republican Gov. Bruce Rauner and the Democratic-controlled General Assembly have been locked in a contentious fight over the budget. CSU receives about a third of its funding — nearly $36 million a year — from state appropriations.

Tom Wogan, a university spokesman, said that it is unclear how many of the 900 employees working at CSU will lose their jobs.

“In order to keep operating in the absence of state funding, we’re going to have to have significant reductions in both personnel and programs,” he said. “It means that every employee of the university, from the president on down, is susceptible to a layoff.”

Representatives from the American Federation of Teachers (AFT) blasted the governor for the legislative impasse.

“Our country tells students how important college is, but Illinois Gov. Bruce Rauner acts contrary to that value,” said Randi Weingarten, president of the AFT. “Because of the governor’s actions, 900 workers at Chicago State University are going home with layoff notices, and 4,000 students are wondering whether they will be able to complete their education. In failing to fund the future of Illinois’ public universities and colleges, Rauner has turned his back on the hard working people of Illinois, and his policies are taking a particular toll on low-income communities and communities of color.”

Catherine Kelly, press secretary for the governor, said that Rauner is in favor of bipartisan legislation that would provide emergency assistance to state-supported institutions such as CSU.

“If the General Assembly sends that bill to his desk, he will sign it,” Kelly said.

Several faculty members said that they remained concerned about the lack of job security.

“It is really unfortunate that we have to operate day-to-day not knowing what the future will hold,” said one faculty member who has taught at the university for the past decade but declined to give her name. “There is enough blame to go around when it comes to this debacle. The state legislators bear a major responsibility for the mess, but I also wonder if CSU administrators could not have been more proactive in alerting faculty and staff about this possibility some time ago.”

CSU isn’t the only university that has felt the economic sting of the failed budget negotiations.

Eastern Illinois has laid off nearly 200 civil service employees and has imposed a mandatory furlough of 24 days on faculty and staff. Western Illinois University has informed more than two dozen non-tenured faculty of possible layoffs and is contemplating cutting programs in the fall.