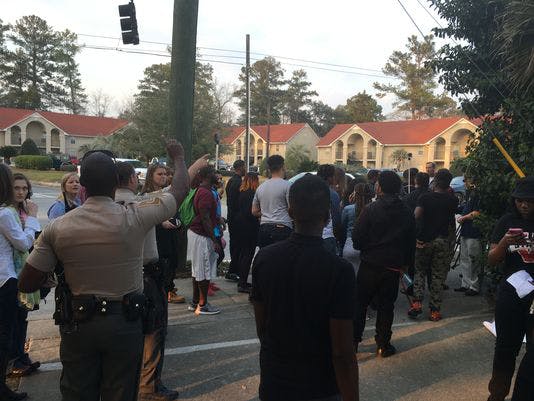 There are different accounts of who made the decision to eject approximately 30 black students who say they were standing silently at the top of the bleachers at Donald Trump’s rally here Monday evening.

Late Monday night, a Trump spokeswoman denied that the incident at Valdosta State University’s campus was initiated “at the request of the candidate” or the presidential campaign. A spokesman for the Secret Service contradicted the students’ statements that federal agents led them out of the building, saying Trump staff and local law enforcement officials were in charge of handling protesters.

However, Valdosta Police Chief Brian Childress tried to clear up the confusion Tuesday morning, telling USA TODAY that he personally went to speak to the Trump campaign staff and the local law enforcement officers helping with security to confirm who ordered the students out, and to ask why.