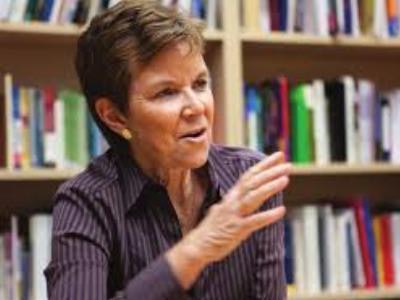 WASHINGTON — When Congress moves to reauthorize the Higher Education Act—something it should have done years ago—it should include bigger Pell Grants that reflect today’s cost of college, several panelists testified Wednesday on Capitol Hill.

“First and foremost, you can protect and expand your investment in Pell Grants,” Kati Haycock, CEO at The Education Trust, a nonprofit advocacy organization, said Wednesday in advising Democratic lawmakers as to how they could help students—particularly students of color—reduce the amount of debt they incur to obtain a bachelor’s degree.

Whereas the Pell Grant once covered about three-quarters of the cost of attendance at a four-year college, tuition increases have “eroded the purchasing power of Pell” to the point where it now only covers about one-third of tuition and fees at public universities, Haycock said.

“This erosion in purchasing power makes college more costly for the nearly nine million students who receive Pell each year, including nearly half of all Hispanic undergraduate students and more than 60 percent of African–American students,” she said.

Haycock was one of several panelists who testified Wednesday at a nearly two-hour forum on the reauthorization of the Higher Education Act that was led by U.S. Rep. Bobby Scott (D-Va.).

The forum, which was hosted by Democrats who serve on the U.S. House Committee on Education and the Workforce, comes at a time when student debt continues to soar to the point where one panelist said it is impeding college graduates from making major life decisions, such as whether to get married or buy a home.

Maggie Thompson, executive director of Generation Progress—the “youth engagement” arm of the left-leaning Center for American Progress—noted that America’s college graduates have incurred a collective $1.3 trillion in student debt nationwide and that the average level of debt for a graduate with a bachelor’s degree is close to $30,000.

Wednesday’s forum, which touched on topics that ranged from reducing tuition and increasing state investment in higher education to imposing greater accountability measures for colleges and universities as they relate to college completion, did not offer much hope that HEA would be reauthorized anytime soon.

“I’m not sure exactly what we can get done this year,” Scott conceded, although he signaled that he was “optimistic” that some things being called for—such as simplification of the Free Application for Federal Student Aid, or the FAFSA, long considered a barrier that causes many students to leave free money for college on the table—might be done piecemeal.

If anything, what Wednesday’s forum did was illuminate some of the pressing higher education issues of the day and how they might be resolved and what some of the unintended consequences might be, no matter how well-intended.

For instance, when Haycock, of The Education Trust, called for greater accountability for colleges and universities to make sure more students complete their degrees—she argued that  “colleges need to be accountable for improving results, especially among their low-income students and students of color”—some witnesses pushed back on that idea.

“Such measures, if not carefully crafted, would have the unintended consequence of reducing access to higher education to those who most need it,” said Veronica Gonzales, vice president of governmental and community relations at the University of Texas Rio Grande Valley.

J. Noah Brown, president and CEO at the Association of Community College Trustees, or ACCT, said community colleges cannot make college more affordable if they face sanctions for students who default on their loans—something that the Obama administration pursued through its “gainful employment” regulations, although its efforts were aimed largely at the for-profit college sector.

“Our colleges have devoted significant time and resources to combat defaults, but we do not have the resources to cover all of the penalties and sanctions without driving up tuition,” Brown said.

Colleges with three consecutive default rates at or above 30 percent can lose eligibility for all federal aid, according to The Institute for College Access & Success, or TICAS.

While some panelists called for Pell Grants to be increased from their current $5,815 for the 2016-2017 school year to more than $9,000 to reflect inflation and the cost of college, not everyone agreed that bigger Pell Grants will solve the financial woes of higher education.

For instance, Lindsey Burke, an education policy fellow at The Heritage Foundation—a think tank that promotes conservative public policies—said that bigger Pell Grants and other federal subsidies have actually proved to be the biggest drivers of tuition and that Congress should “limit” them.

Burke said Congress should pursue reforms to accreditation in order to make it easier for new and innovative education providers to operate.

Other speakers called for federal-state partnerships that would incentivize states to reverse the trend of declining state investment in higher education that has caused students and families to shoulder a higher portion of the cost of college.

Thompson, of Generation Progress, called for “debt-free” college as well as improvements in student loan servicing.

“Too many student loan borrowers are getting the runaround from loan servicers,” Thompson said, noting that “servicer mistakes” can lead to problems such as credit report errors, late fees and penalties for borrowers.

Jennifer Mishory, executive director of the Young Invincibles, a nonprofit that advocates on behalf of young adults, encouraged the Democratic lawmakers to pursue “debt-free” college.

“We can do this by identifying reforms that decrease costs and expand student supports,” Mishory said, listing ideas that included increasing Pell Grants and establishing “better state-federal partnerships.”

Haycock, of The Education Trust, also said Congress’s “clearest leverage to slow the increases” in tuition would be to “concentrate on reversing the decline in state support for public higher education.

“We think you can do that through a renewed partnership with states, using resources from non-Pell programs while also protecting subsidized loans to incentivize state investment,” Haycock said.